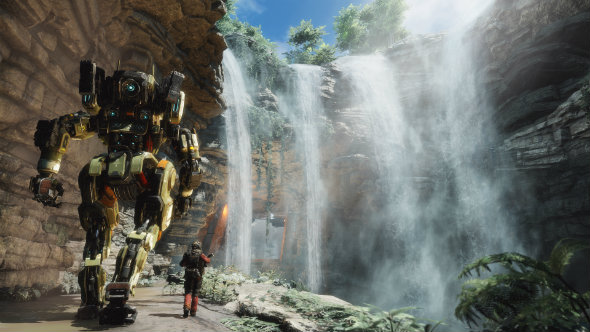 Titanfall 2 is great, but initial sales haven’t exactly been the best, leaving many fans of the fast-paced sequel wondering if there will ever be a third game in the series. The truth is, developers Respawn just don’t know yet.

EA have said that they plan to keep working with Respawn on the franchise, but recent comments from Respawn’s CEO, Vince Zampella, suggest the plan hasn’t been laid out for the developers.

This statement from EA followed the company’s shares being downgradedin anticipation for poor Titanfall 2 sales, which were likely caused by the game having its release date sandwiched between Battlefield 1 and COD: Infinite Warfare.

As for releasing so close to COD: Infinite Warfare, a game which had a special edition that was bundled with COD: Modern Warfare – a game Zampella created – the Respawn CEO had this to say: “It definitely feels a little odd,” he says in an interview with Glixel.

“Call of Duty: Infinite Warfare is from my old studio, that I built. And they’re repackaging my old game that I built, on a brand that I built. So it’s kind of like you’re throwing it all against me. OK, I can live with it.”

Zampella is then asked how he felt about Titanfall 2 releasing a week after EA’s WW1 shooter, Battlefield 1. “If the question was, ‘Would I rather have this window to myself?’ Well, of course,” he says. “I’m not foolish. I’m not foolish that way, anyway. In other ways, probably.”

The release window was known by Respawn in advance, but “the exact timing”, they didn’t know that, he reveals.

Glixel also ask whether Respawn were worried, going up against Battlefield 1, if EA could show them enough publishing support while also marketing their own shooter. “It’s always a concern,” Zampella says in response. “That’s what I’ll say. Especially when you have two games on top of each other.”

And, sadly, after all this, Titanfall’s future seems uncertain. “We don’t know yet,” replies Zampella when asked if they would make a third Titanfall. “The game is, critically, a huge success. We’re really happy with all the reviews and the positive sentiment. Sales, it’s too early to tell.

“We’d definitely like to tell more of the story and the universe. I think it’s pretty safe to assume that we’ll explore more of it. EA might have announced more. Devin?”

At this point, Devin Bennett, a publicist for EA, interjects, “What we’ve said is we’re committed to the franchise.”

“So, whatever the f*** that means,” retorts the Respawn CEO.