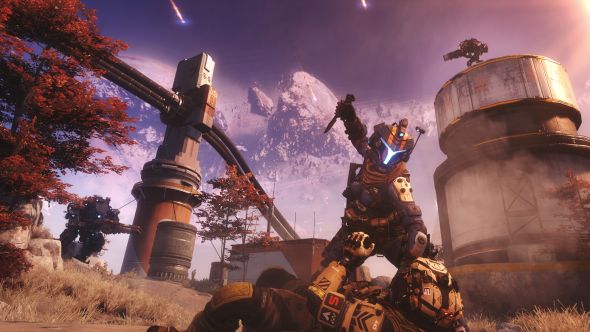 EA affirmed its commitment to mech-busting shooter property Titanfall in its latest earnings call yesterday, with CFO Blake Jorgensen declaring the publishing giant’s intent to develop it into a long-term franchise.

How about that Titanfall 2 campaign? Is it really that good? Matt Purslow has the answer.

The early data suggests Titanfall 2 has not had the best launch, with sales figures via GfK Chart-Track (which, we should remember, only tracks UK sales of physical games) placing it in the UK charts at number four, behind FIFA 17 and narrowly ahead of Farming Simulator 17. This despite being multi-format and glowing reviews. Ouch.

But any Titanfall fans worried that the slow start would discourage EA’s decision-makers can seemingly rest easy. Titanfall 2 was discussed at length in EA’s latest earnings call, and all the chatter was positive. Here’s CEO Andrew Wilson:

“Critics agree that Titanfall 2 is a fantastic game, with more than 40 top outlets from around the world rating it 90 and above in reviews… Titanfall 2 is being called one of the year’s must-play titles, and we’re excited to see more fans across the world getting their hands on this extraordinary game.”

“This is something that we plan to be working with [Respawn] on for many, many years to come, and there’s huge opportunity inside of that franchise to continue to expand it. And so part of the strategy of building a franchise is you have a long view.”

To the extent that sales figures are acknowledged at all, they’re written off. Jorgensen says “it’s still too early to update sales forecasts” for either Titanfall 2 or Battlefield 1, but later claims “you should assume that the early data” is “strong” thanks largely to the “skew towards PC” compared to EA’s big shooter last year, Star Wars: Battlefront, which was always stronger on console.

You can see the full transcript of the call at Seeking Alpha. The EA brass also discuss Mass Effect: Andromeda, and how their financial position means theycoulddelay it “if they have to” (but no need to panic just yet).