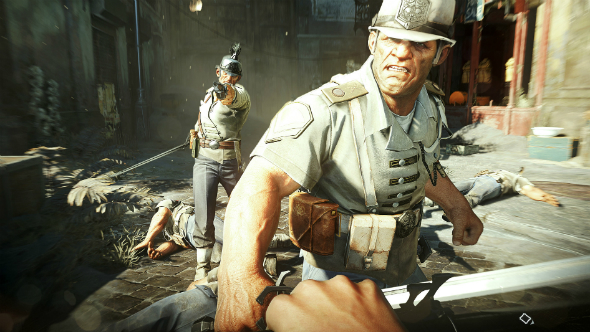 If there’s one thing we can all agree on, it’s that triple-A studios have created some truly wonderful games this year. But, as we’ve learnt many times this year, the deserving candidates don’t always win. Qualitatively, it’s been one of the best years for blockbuster releases in recent memory, but while the disappointing Mafia III became 2K’s fastest-selling game ever, the infinitely superior Dishonored 2 hasn’t managed anything close to its predecessor. Every dismal sales report has been accompanied by a fresh glut of rumours about the decline of triple-A and its potential collapse.

Only interested in quality? Check out the best games on PC.

A quick glance across the biggest games of 2016 confirms that a significant portion of the industry’s output has either underperformed or bombed outright. Reports have told a consistent tale of disappointing sales for Watch Dogs 2, Titanfall 2, Dishonored 2, Deus Ex: Mankind Divided, Quantum Break, Street Fighter V, and perhaps unsurprisingly, Battleborn. 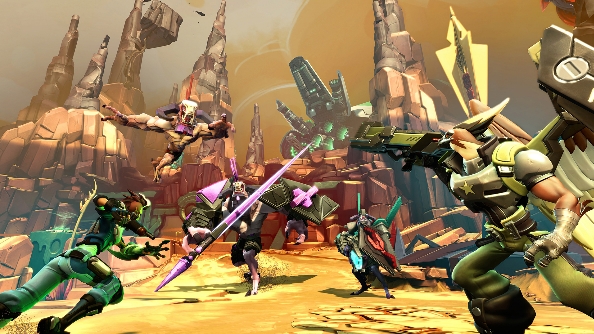 They all have huge costs and teams associated with their production, and pallid sales figures are detrimental to the future of any IP. Watch Dogs 2 appears to have suffered the most, with first-week sales down 300,000 units on the first game in the UK, a decline that saw it enter the UK chart at second-place when it launched, behind an underperforming Call of Duty: Infinite Warfare in its third week out in the wild.

In the case of Watch Dogs 2, poor sales will likely force the hefty question on Ubisoft over whether or not to continue the franchise. The same goes for Dishonored 2, which despite being one of the best games of the year, has recorded 38% lower first-week sales than the first game managed in UK charts.

Titanfall 2 has had the worst outing of all, with both its physical and digital sales resting at roughly a quarter of those achieved by the franchise’s first outing. That’s especially tragic when you consider that it’s arguably better than the competition its launch was sandwiched between – Call of Duty: Infinite Warfare and their own Battlefield 1. 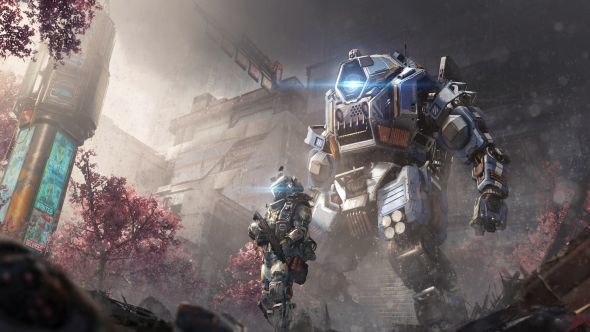 But Titanfall 2’s failure rests on the shoulders of EA, who effectively curb-stomped their own struggling franchise by releasing it in the busiest launch window of the year, directly between two bigger, more popular FPS franchises. And while Titanfall 2 was hard done by, its failure has been outshone by the rise of Battlefield 1 as a genuine contender to the multiplayer FPS crown.

Likewise, you can’t ignore the success of titles like Doom and Overwatch, the former having shipped 500,000 copies in its first month on PC alone, and the latter reaching 20 million registered players across all platforms. The good news doesn’t end there either: XCOM 2 currently has well over a million owners on Steam, Civilization VI has over 1,300,000 owners on that same platform, Gears of War 4 shipped over 600,000 physical copies in its first week, and Dark Souls 3 shipped 61% more copies than the franchise’s second instalment.

Of course, there’s an endless stream of caveats to take into consideration when reading foreboding sales predictions – ushering in the death of triple-A just because physical sales for a selection of titles in the UK are down is jumping the gun somewhat. The marketplace is changing rapidly, and digital sales are increasingly important to factor in before consigning a title to the abyss. This October alone digital game sales have seen a 14% year-over-year increase, which accounts for $6.7 billion in revenue. Couple that with Gamestop’s announcement that it had suffered a woeful October compared to what it had forecasted, and it’s clear that physical sales are no longer a reliable indicator of a game’s commercial performance. 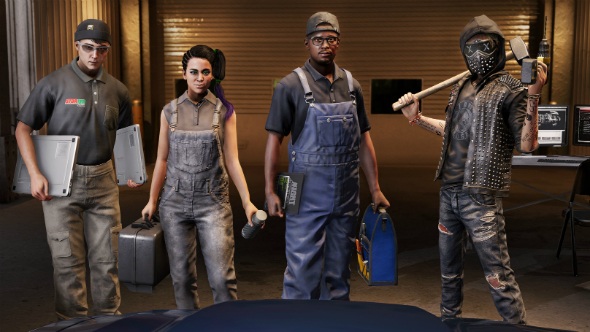 That might not translate to Watch Dogs 2 or Dishonored 2 being considered commercially successful, but it does significantly soften the blow for their publishers. They might not have performed as expected, but there are myriad reasons for why that might be.

Let’s consider Watch Dogs 2’s sobering 80% drop in UK launch sales when compared to the first game. The end product is widely considered to be a superior product to its predecessor, but judging from its poor preorder figures, very few people were actually excited about it. Getting consumers to commit to the sequel of 2014’s biggest disappointment was always going to be an uphill battle, especially in such a hectic release window. There’s every likelihood that sales will improve in the longer term as people are swayed by positive review scores and steady price drops. Microtransactions and DLC will bolster revenue further, which at the very least offers the game a safety net where traditionally it might have had nothing to fall back on. The same reassurance can be offered to many of this year’s less successful releases.

It’s also easy to forget that Dishonored 2 is still quite a niche IP, and the four years since its predecessor’s launch means it’s anything but an established franchise. Like many of the other games whose success has been called into question, Dishonored 2 also came out in that exceedingly bloated October to November period – it’s simply too early to call time on its commercial potential. Poor first-week sales aren’t the death knell they once were, and as sleeper hits like Rainbow Six: Siege are proving, games no longer live and die by their launch week. 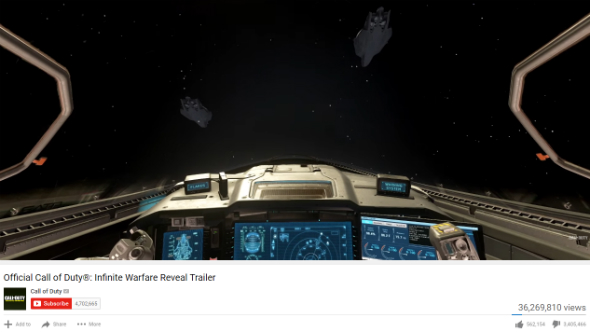 Even Call of Duty: Infinite Warfare has been under fire because its first-week sales were nearly half those of Call of Duty: Black Ops III. Come on now, you didn’t honestly think it was going to tank, did you? Since launching in early November, it’s managed to top the UK chart for a total of five weeks, reclaiming it from a Black Friday-boosted FIFA 17 just in time for it steal the prestigious title of Christmas chart-topper. Sales numbers also fail to take into consideration the fact that the game shipped with a more expensive version that bundled Modern Warfare Remastered with it – a highly anticipated feature that’s likely had a huge impact on the total revenue pulled in from sales. Bad news for the 3,403,813 people at the time of writing who disliked Call of Duty: Infinite Warfare’s YouTube reveal: the beast has not been slain. Sorry about that.

So what’s on the horizon for triple-A studios? More of the same, most likely. Ubisoft might have some difficult decisions to make regarding the future of the Watch Dogs franchise, Bethesda might have to reconsider Q3 releases for all but their biggest franchises – Fallout 4 had no problem stealing the show in 2015’s November meat grinder, remember – and EA should compare Titanfall 2’s critical reception with its sales figures, and hopefully conclude that the franchise could finally gain some traction if it was launched at a less competitive time of the year.

When more comprehensive numbers come in from the publishers themselves we might be able to make some decisive predictions about where the industry, and vitally triple-A, is heading. It’s too early to consign any big-budget game in 2016 to an early grave when there’s so much revenue left unaccounted for. To that end, even if three games have failed to meet their publisher’s expectations this year, as many have surely exceeded expectations.