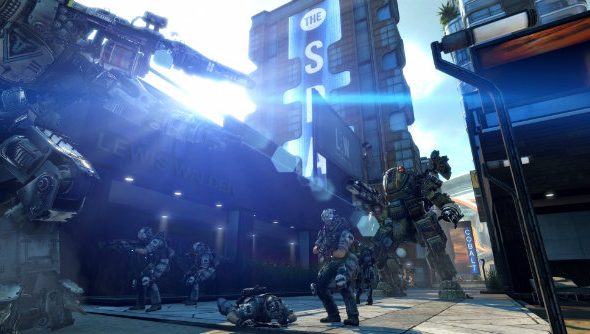 It won’t be long until people who subscribe to EA’s all-you-can-eat games buffet, Origin Access, can play Titanfall.

If you like getting extra games for nothing, check out our list of PC’s best free games.

EA revealed the news in a tweet from the official Origin account, although a date hasn’t been set.

The news is welcome, especially as the player count has dropped significantly for Respawn’s shooter since its 2014 release.

Perhaps its addition to Origin Access will bolster the player count, and no doubt it’ll help get people ready for the imminent reveal of Titanfall 2, which will probably be shown off at EA Play. Keeping Titanfall in the videogame-playing public’s mind is likely the main reason it’s being added to the service, after all.Titanfall 2 is due out before April 2017.

Titanfall will be the seventeenth game on Origin Access, joining Dragon Age Inquisition, FIFA 15, The Sims 3 Starter Pack, all the main Dead Space games, multiple Battlefield games, and more. You also get early access to trial versions of upcoming games and a discount for products on Origin. It’s already pretty good fora modest £3.99 per month.