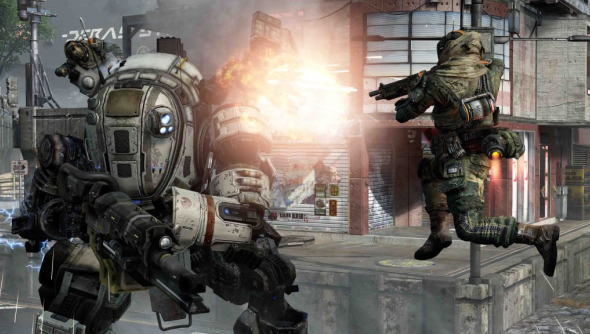 Despite being an excellent game, Titanfall’s multiplayer numbers dropped off sharply on PC. EA are trying to tempt in new players with the recently released Deluxe Edition and to show off everything it contains they’ve released a trailer detailed the updates and features that have been added since launch.

If you’ve not paid attention to Titanfall you might have missed a lot of these changes:

One of the additional modes I hadn’t come across before was Deadly Ground. It’s basically like the children’s game where the floor is lava so you have to clamber over furniture to get around the room.

Deployable sentry turrets make an appearance, too. Throw one down and it can mince incoming infantry or smack some of the health off a titan.

The NPC squadmates that fill out the battlefields have been developed out since launch, also. To begin with they were all standard squaddies, now there are different sorts of troops – suicide bombers, for instance.

Basically, now is as good a time as any to start giving Titanfall a play. It’s £34 in the Origin store but if you have a look about you should be able to find it cheaper.