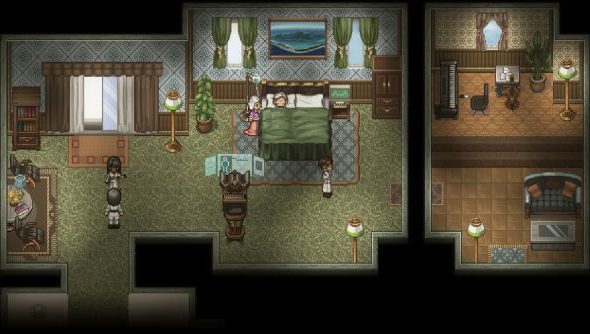 Freebird Games have announced a sequel to their wonderful narrative-led role-playing adventure To the Moon, named Finding Paradise. It’s set for release later this year, however creator Kan Gao adds the disclaimer: “…given how my past release schedules have been, it’s probably gonna be early 2017 instead.”

There’s plenty of games to get excited about on the horizon – here’s our list of upcoming PC games.

Much similar to its forerunner, Finding Paradise follows two doctors as they wade through a patient’s memories in order to artificially fulfill their last wish. The patient this time round is Colin from A Bird Story – Goa’s indirect follow up to To the Moon – and although there’s no direct mention of Dr. Watts and Dr. Rosalene just yet, the teaser trailer, featured below, shows the pair overlooking a sunset and hanging on to the wings of a flying plane. Obviously.

Gao admits that while having played To the Moon and A Bird Story will add context and “affect the experience”, Finding Paradise is a self-contained tale that stands on its own.

“As with all the episodes in the series, it features a main plotline revolving around the patient’s life story, as well as an overarching plot involving the doctors themselves,” reads a statement that ran alongside the announcement. “Like the storytelling in each episode themselves, the player doesn’t have to take on the games in their chronological release-order to partake in the overarching plot.” A teaser trailer accompanied the announcement:

When it released in 2011, To the Moon caught me completely off-guard as it weaved a remarkable tale of love, loss and relationships, that explored themes of mental and chronic illness. If you haven’t tried it, I can’t recommend it enough – don’t be fooled by its simple facade, a wholesome and engaging game lurks underneath. A Bird Story didn’t quite reach the same storytelling highs – and was less of a game in the conventional sense as it was a semi-interactive story – but I’m very much looking forward to Finding Paradise nonetheless.