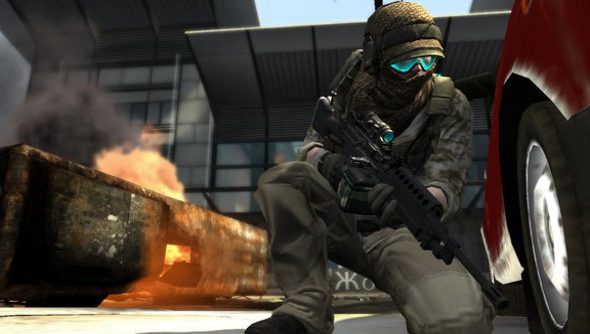 How long do you give a failing online shooter before you call time on it? In Microsoft’s case, you kill that chicken before it’s even hatched out of its egg. For Ubisoft, you let it spread its wings for four or so years before snuffing it out. I’m not sure if that’s better or worse.

Like a shooter? Have a look at the best FPS games on PC.

Such is the case with Ghost Recon Phantoms, however, which after launching in beta form back in 2012 will now be terminated on December 1 this year, with Ubisoft citing…well, not much really as the cause behind its closure.

In a statement posted on Steam, the company said Ghost Recon Phantoms had been a “tremendous undertaking” and it wanted to thank players for their “support, enthusiasm, patience and above all, your loyalty.”

Ubisoft continued, “For the hours played, the fun in your company, the never ending deaths at Balaklava Sub-Pen, the fights to control Tomsk-9, the sounds of shotguns and the fear of the P90 SD WAR, we are grateful.”

Ghost Recon Phantoms suffered a troubled birth, having to be rebranded from Ghost Recon Online for its full launch in 2014. At least initially, it seemed to be making progress. However, it’s believed its player base had decreased considerably in recent weeks, leaving the game high and dry with nowhere to go.

“It’s a tough day for our studio and indeed the team, some of whom have been working on this project since its inception some 7 years ago,” concluded Ubisoft. “We encourage you to use this time to use any Ghost Coins you have – as well as settle any scores you may have with opposing teams. In line with our terms of sale, we hereby inform you that there will be no refund of any virtual currency you have spent in the game or for any resources you still may own on shutdown date, nor any conversion of any remaining virtual currency to another game.”

Lets have a minute of silence for Phantoms, yeah?

Okay, that’s done. What shall we play next?