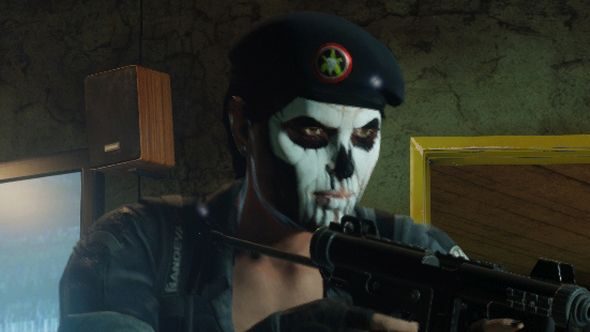 Sticking true to its realistic tendencies, Rainbow Six makes sure to have the most ridiculous names imaginable for its military operations. The Skull Rain expansion arrives today, bringing two new operators via the season pass and a new map for everyone.

More characters for one of our favourite FPS games.

As you can see above, Caveira is the stealthier of the two, bringing silent movement, pistolling and knifing to the action. She can interrogate enemies she successfully sneaks up on, getting the position of others before … dealing with them. She’s also got a SPAS-15 if things don’t go her way.

Meanwhile the more heavy duty Capitão uses a crossbow to get things done, on top of some more standard firearms. It allows him to either coat an area in smoke to stay hidden or burn all the oxygen out of an area to kill targets. Why he can’t just, I don’t know, put an explosive on it is beyond me, but asphyxiating is definitely way cooler.

Those with the season pass will get the operators today, others will be able to buy them with in-game currency come August 9. Meanwhile the new map, Favela, is free to everyone.

There’s a bunch of other improvements in this update, including anti-cheat measures, server management and tweaks to ensure gameplay integrity with less bugs and more clarity on kill cams. There’s new bits too, with an extra attachment added, developed with the help of one of the game’s best players. Couple that with an endless list of bug fixes you can see on the official site, and it’s a pretty big update all round.