It may shock you to hear that Splinter Cell’s Sam Fisher has been out of commission for five years.

The latest mainline game in the series was Splinter Cell: Blacklist in 2013, which was praised for returning the series to its stealthy roots after the bolshie action of Conviction. But I found it lacked something beyond the loss of inimitable voice talent Michael Ironside.

Yes, Blacklist catered to fans of the older games by putting us back in the shadows, but it didn’t completely lose the preference for going in guns blazing – in fact, it actively rewarded you for brutally taking out its henchmen.

As we wait for Splinter Cell’s return, here are the best stealth games on PC.

While choice in games is usually a positive feature, I feel that the Mark Point and Execute system of Blacklist let you too easily rampage through each mission without consequence. It’s a design that undermines the point of being a tactical espionage agent.

This shift from quiet stealth to loud combat isn’t uncommon in the stealth game genre. All you have to do is look to Ubisoft’s premier series Assassin’s Creed and how that has changed over the years. The series was originally concerned with pure subterfuge but now is more evocative of an RPG like The Witcher. In the next game, Assassin’s Creed Odyssey, you’ll play as a Spartan warrior fighting huge battles with a giant spear. Not exactly subtle.

Evolution isn’t bad, and Assassin’s Creed clearly has hit its stride by pushing the boundaries of its own framework, but it’s a shame to see pure stealth games fade into history as the popularity of the open-world action title has surged. 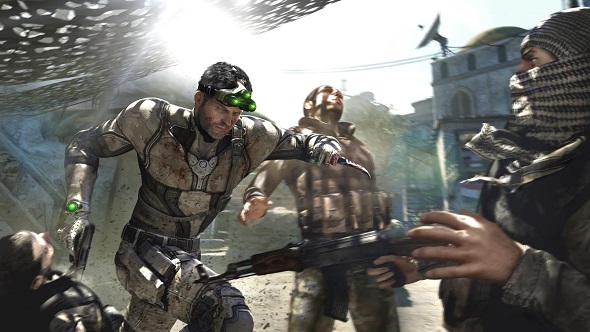 Similar parallels can be drawn to Metal Gear Solid, a series that started out as an expertly designed linear stealth campaign and evolved into an open-world action adventure game via Peace Walker and then The Phantom Pain.

Outside of Dishonored then, we are in a stealth game drought, and seeing as Solid Snake is ahem, M.I.A, we desperately need Sam Fisher to come out of retirement and bless us with a new adventure.

Now that Ubisoft has pushed Assassin’s Creed into the opposite direction, I’m hoping that the rumoured next Splinter Cell will truly turn the series back to its stealth roots.

There is now space in Ubisoft’s roster for a focused single-player stealth game, one that compounds on past experience. This could also be an opportunity for other stealth game series to ride on its coattails and usher in a new golden age of stealth. If the excitement around the rumours is anything to go by then the market still exists for it.

It’s not a completely hopeless dream, either. Ghost Recon Wildlands ‘Special Operation 1: Splinter Cell’ brought Mr. Fisher back for one night only, and while the action was stuck within the framework of Wildlands, even then it offered a tantalising taste of the challenging stealth gameplay found in the original Splinter Cell titles. 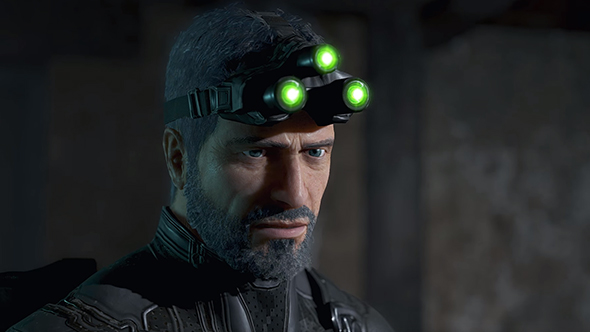 Ironside was dropped for Blacklist because Ubisoft was concerned with how the actor’s age would hinder him in mocap sessions. Surely we can just use his voice talent and hire a more spry actor if Ironside hasn’t got his groove back after his jaunt in Wildlands?

Factors for the lack of a follow-up can also be seen in other attempts to revitalise a classic stealth series. Eidos Montreal’s 2014 Thief reboot ended up a cumbersome game where you had to conform to a linear path, going against most of the series’ core values. It lacked the heart of a true modern sequel, something Ubisoft can provide in droves, especially for a property so dear to them.

Luckily for us, as of E3 2018, the developer seems to be at the very least considering it. Ubisoft CEO Yves Guillemot told Geoff Keighley in a post-show interview that “we love the brand. We really want it to come back but I can’t say much today.”

Surely they can hear the fan demand at this point, the same kind of hubbub that conjured Spyro Reignited Trilogy from the ashes of the Crash Bandicoot revival.

Hopefully, Sam Fisher’s return is just around the corner, so the last survivor of the golden age of stealth can reclaim his throne.