The Pentagon flings open its doors in The Division 2’s latest update. Episode 2 releases tomorrow and adds a bunch of fresh content to Washington DC, chief of which are new missions set deep within the bowels of America’s favourite five-sided military HQ.

First of all, you should know Episode 2 is meant for experienced players. It’s post-campaign content: to access it, you have to be world tier five, which requires completing the main story, hitting level 30, and fulfilling a bunch of endgame objectives. If your gear score isn’t 500, you’re not coming in.

It’s a little odd that a game fine with allowing low-level players to boost themselves into PvP would put new content behind so many walls. I get that The Division 2 is an MMO, so developer Ubisoft can’t simply give players a gear score boost into new PvE content without raising all kinds of problems. But it’d be nice if there were an option to play Episode 2 at a lower level, or something. If you are maxed out, however, you’ll find three new missions waiting for you on a helipad on the White House lawn.

Speak to the pilot and she’ll whisk you away to the Pentagon, executive-style. It’s been taken over by Black Tusk, a paramilitary group boasting top training, deadly hardware, and a cool name. After a short skirmish in which you have to battle both men and machines on the steps of the Pentagon, two substantial missions follow. 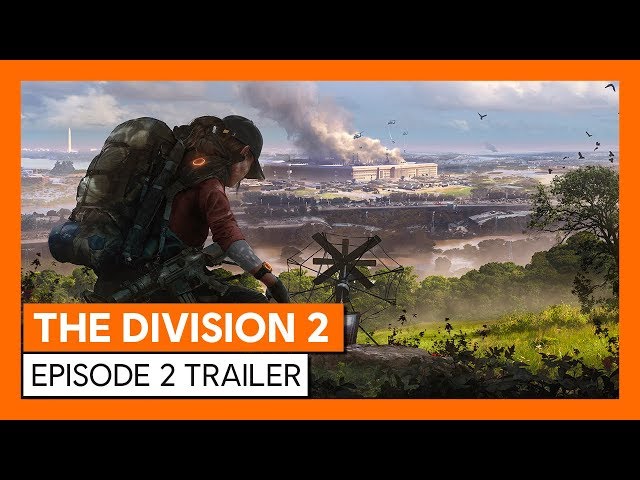 The first sees you fight through the mundane hallways and drab offices hurriedly evacuated in the wake of Black Tusk’s arrival. The dullness actually works in its favour – you expect government secrets and experiments, but you get stacks of documents and audio recordings of workers complaining about cafeteria food. It’s ironic, surprising, and dryly funny.

As you pursue Black Tusk soldiers underground in a bid to take back control of a bioreactor that holds the cure to humanity’s pandemic, you’ll encounter more rote playing spaces: tedious labs and research facilities you’ve seen in games a thousand times before. Slice-of-life levels in Ubisoft’s post-apocalyptic MMO are always more relatable and evocative than theatrical ones. Still, go in with some mates and you’ll find a decent fight and lots of loot.

Get lucky and one of those loot pieces might be Episode 2’s sole exotic, Sawyer’s kneepads, which nullify tech-based gear and, crucially, have a big golden eagle on the front. Another could be the new KSG shotgun, which packs a punch. Truth be told, Ubisoft could have given us a bit more to lust after. It’s a little anticlimatic when you take down a tough boss, see a column of orange light emanating from their drop, and find yet another set of bland gloves. In The Division 2’s endgame, gear seems to improve numerically but never sartorially, repeating the same themes and silhouettes. That is, unless you pay for some of the more outlandish options. 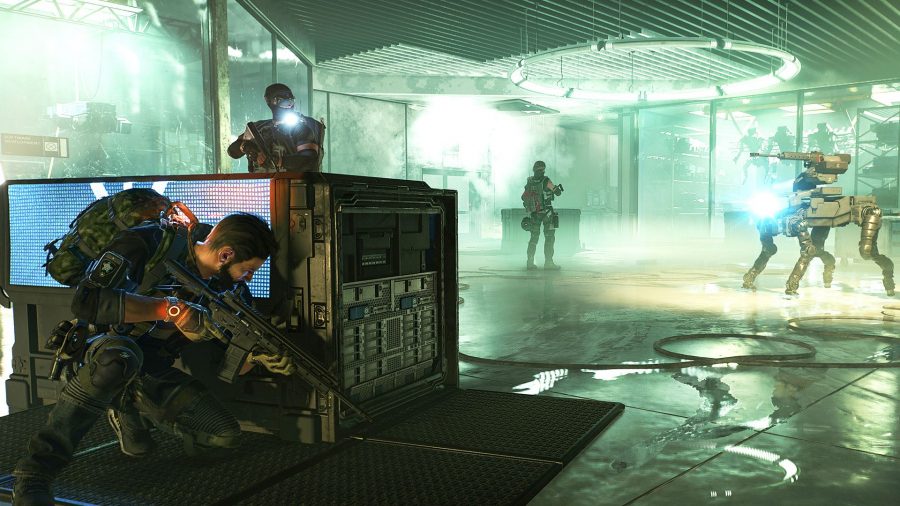 Episode 2 also contains two classified assignments exclusive to year one pass holders. One tasks you with rescuing a pilot whose helicopter has crashed into the Mexican embassy, while the other sees you disrupt a weapons shifting operation in a marina. While no more than 20 minutes long, they introduce interesting and detailed new locations, representing Ubisoft’s refusal to fall back on lazy environment recycling.

As well as those two new classified assignments and two-and-a-bit missions, Episode 2 also adds a fifth class: the technician. These are support agents who can wield the P-017 multi-missile launcher, which sends out six heat-seeking missiles to blast enemies to smithereens. You can paint multiple targets with it, too – at one point I lock onto three foes behind cover and watch as the rockets arch high before splashing down on their targets. It also has the artificer hive skill variant, which buffs teammates’ skill damage and resets skill duration. Year one pass holders will unlock the technician instantly, while those without will need to complete five stages of challenges, which does take a while. 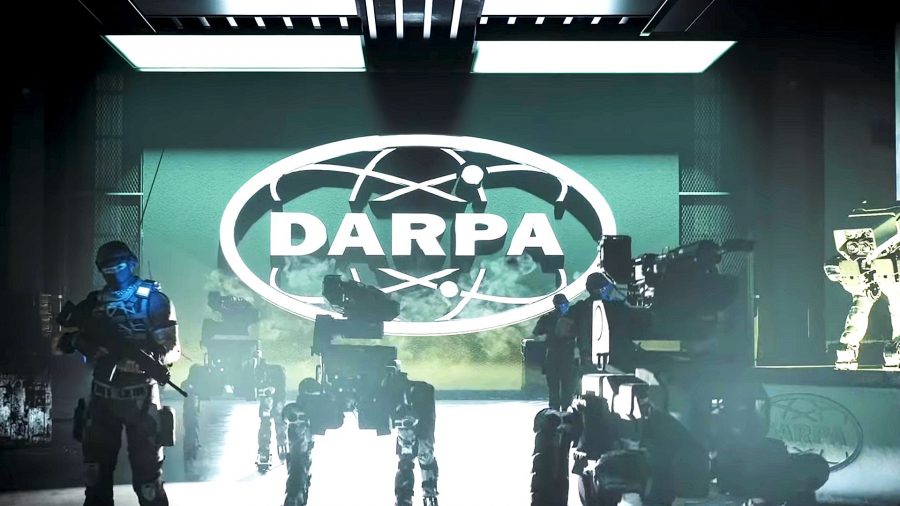 In addition to the new class and missions, Episode 2 also tweaks The Division 2’s PvP and Dark Zone (or PvPvE). Ubisoft is promising a more concerted effort to place you in fuller Dark Zone servers so there’s less existential loneliness; supply drops are more varied; and unlike before, there are no penalties to agents’ stat bonuses once they reach gear score 500. Agents below 500 will still boost up to the relevant level to keep them competitive, but to reward players for their time, they won’t have the stat bonuses of someone who’s already there.

With respect to PvP, there’s a new map in ‘Wharf’, an abandoned fishing harbour, and a new game type in team elimination, which takes place over seven rounds in which dead teammates won’t respawn. Due to the small number of players on my pre-launch review server, however, neither the Dark Zone or conflict updates were available to test, so they’re something to look out for when you download Episode 2 for yourself. 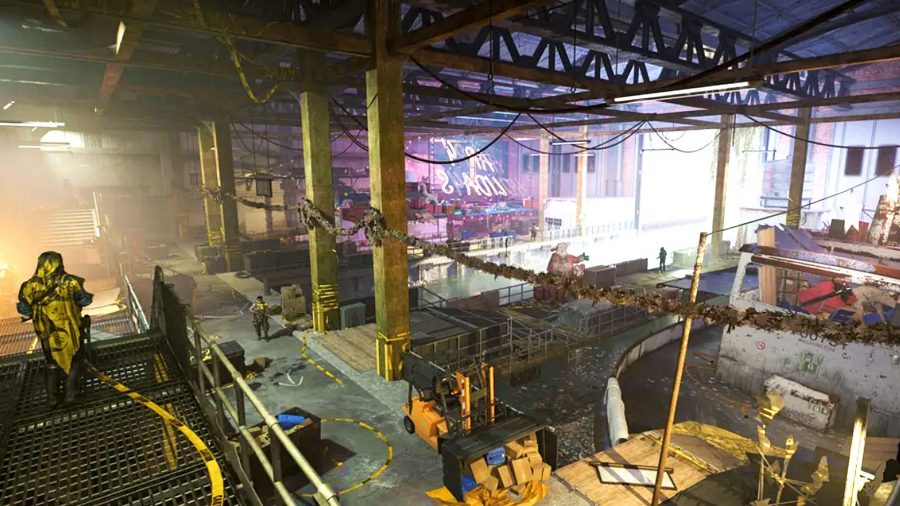 And you can, provided you already own The Division, considering it’s completely free. Casual players won’t get much out of it, of course. The Pentagon excursion is designed for max-levelers, while the classified missions are reserved for year one pass holders. It feels unnecessarily limiting, and Ubisoft should do more to entice new or lapsed players.

But, if you’re a daily sign-in, or someone looking for a solid slice of new content having completed the game, Episode 2 is well worth playing. And on the upside, Pentagon: The Last Castle gives under-leveled players something to look forward to as they continue scouring Washington, D.C. for rare Division 2 exotics and weird hidden game tributes.

All in all, this is one secure federal institution worth Naruto running into – assuming you can.