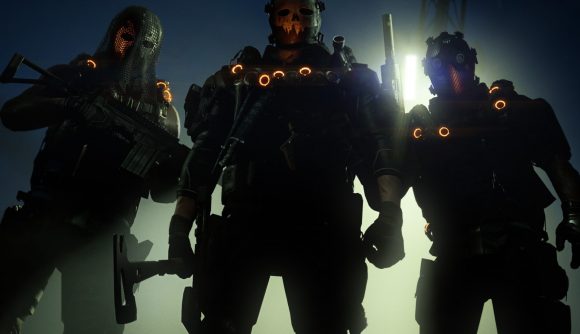 After recently awakening from a year-long slumber, The Division 2 will be free to play over the coming weekend, starting now. That means you’ll be able to hop into a Washington, DC that’s been ravaged by a lethal bioengineered disease and partially reclaimed by nature, free to hoover up all the weapons and armour the multiplayer game can throw at you.

The free weekend coincides with the start of The Division 2 Season 9: Hidden Alliance, which picks up in the aftermath of agents’ confrontation with former commander Faye Lau at Camp White Oak. You’ll be able to run missions from the DC campaign with True Sons enemies and manhunt targets swapped in for the usual baddies.

The free weekend will also be a chance to check out Season 9’s new multiplayer PvE mode, Countdown. In Countdown, two teams of four agents work together in order to stabilise a power plant that’s about to go into lockdown, then fight their way to the extraction point. It can be accessed via The Division 2’s megamap, just under the icons for Kenly College and The Summit.

Countdown mode is timed, as you might expect, and it features varying objectives and random enemy encounters. It’s tuned for eight players, but you can start a session solo – however, the difficulty doesn’t scale at all, so it’s probably best to find at least a couple teammates to run it with.

To jump into The Division 2’s free trial weekend, just fire up Ubisoft Connect and find the entry in your game library in the ‘Free games’ section. Any progress you make will carry over with your account if you end up deciding to buy The Division 2.