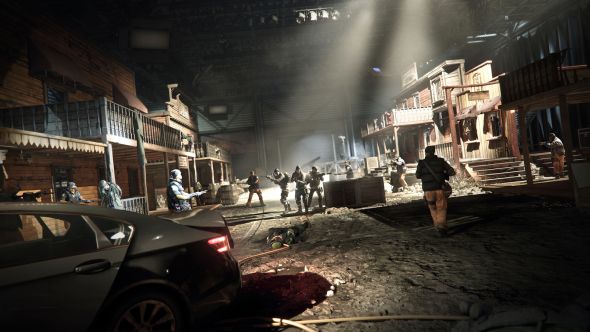 Last Stand, the third expansion for Tom Clancy’s The Division, launches today. It coincides with the release of update 1.6, which will be applied free to all players. To give newcomers a taste, publishers Ubisoft have also announced a free trial – new players can play for six hours, or until they reach level eight, without having to pay a penny.

Kill some people with your friends – for make-believe, obviously – in the best co-op games on PC.

Last Stand adds a new game mode – also called Last Stand – for The Division’s PvP environment, the Dark Zone. Rather than roam the zone looking for loot and trying to escape safely, the new mode will feature clear objectives and win conditions: a team of eight Division agents will face off against eight rogues as they each try to capture a number of tactical terminals full of important information.

Last Stand will also include a new incursion named Stolen Signal (incursions are The Division’s major late-game PvE content, the equivalent of a Raid in another MMO). Players will venture into the three different wings of a civilian TV station that’s been taken over by a gang. Each wing will feature unique set-piece fights, and clearing all wings will unlock a final boss, the game’s “strongest opposition yet”.

You’ll need to own the season pass or have bought Last Stand separately to get access to the above, but update 1.6 is free to everyone. It will:

There are more new features, plus a host of bug fixes and balancing tweaks in 1.6. For full details, check the patch notes at The Division website.

Finally, that free trial we mentioned will also be available starting today, and will give new players “full access to the main game”. Any progress made during the trial will carry over if you buy the full game.

The Division seems to be enjoying quite the second wind after haemorrhaging players during the summer and autumn of last year – Ubisoft announced that player numbers were bouncing back in November thanks to major updates, and will no doubt hope that this new content and free trial will push those numbers to new heights.

For more information, check out The Division website, or the game’s Steam page.