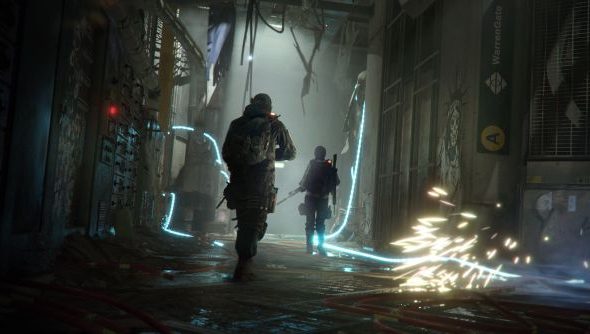 In a bid to focus on “big fixing, game balancing” and assorted other improvements, Ubisoft has taken the bold decision to delay the next two expansions planned for The Division, pushing them both back to make sure Update 1.4 – due in October – is up to scratch.

Into games with guns? Have a look at the best FPS games on PC.

The news was delivered via an update on the official The Division website, with Ubisoft admitting it has been forced to make “several adjustments” to its development schedule.

Update 1.4 will go ahead in October, it’s claimed, but Survival – previewed in the video below and previously due to roll out at the same time – will launch independently later in the year.

The third expansion, Last Stand, will now launch in early 2017, with the news delivered with the assurance that the new schedule will aid the development team in strengthening the “core experience”. That sounds like some pretty hefty gym work, to me. Presumably work on the team’s abs and pecs will have to come later.

“This ongoing effort will begin with Update 1.4 where we will address some of the most pressing issues, such as bugs, loot and time to kill and set the foundations for future improvements such as PvP and Dark Zone,” the entry continues.

“We want to take this opportunity to thank you, our community, for being so openly passionate about the game. Our passion is what unites us and allows us to build a better game together. We remain committed to delivering the best experience possible, and will constantly be looking for your feedback as we shape the future of The Division.”