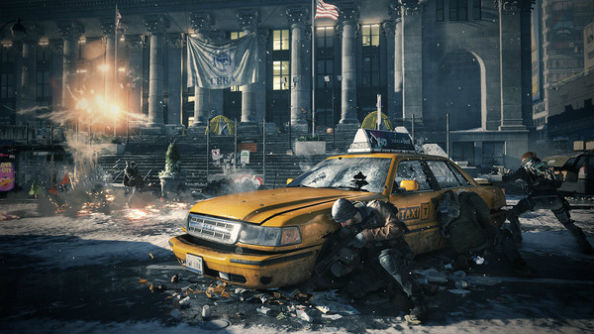 The second substantial content update for The Division is now live, adding a new Incursion, High Value Targets, and other features to keep the game fresh for high level players trudging their way across the well-worn roads of Manhattan.

Once you’re done with The Division’s snowbox, check out our picks of PC’s best sandbox games.

The main event of The Division’s Conflict update is the new Incursion, ‘Clear Sky’, which takes players to Columbus Circle to face off against the Rikers who now have control of Manhattan airspace. Basically, shoot all the men.

Conflict also adds a new mission type: Search and Destroy. Now, once all side missions and encounters are cleared from a named zone, these missions pop up, placing a group of enemies for you to target so you can track them down. Once there, shoot all these men too.

Upon completion, Search and Destroy missions will unlock High Value Targets, giving you intel on enemy leaders who will also pop up in the open world. Shoot these men specifically.

Another new addition is for the Dark Zone PvP area, allowing you to interrupt a rival’s extraction of goods by cutting the rope and scooping up the dropped loot. This action marks you as Rogue, however, giving other players an incentive to shoot you. Be they men or women, shoot them all.

Sealed Caches have also been added to the Dark Zone – special loot boxes dropped by specific enemies. The contents of these remains a mystery until extracted. If anyone tries to stop you, you know the drill.

If you’re wondering about the new gear, here’s what the new Incursion adds: