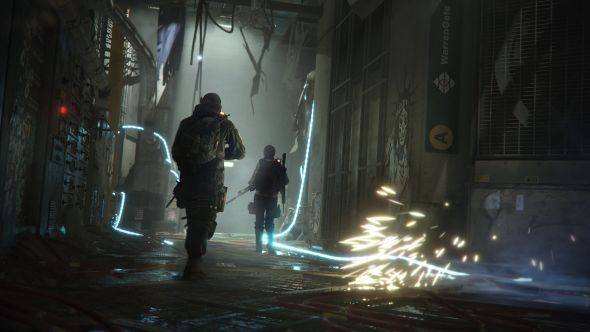 Initially promised to be part of one of The Division’s two expansions coming in 2017, Ubisoft have not only moved up the launch of Loadouts to May, but have just released a early version of the Loadouts patch onto The Division’s Public Test Server. These customisable setups make it easier for players to toggle through different gear sets, without constantly dipping into their inventory to change up their armour or weapons.

If you’re looking for games to play with your pals, check out our list of the PC’s top co-op games.

Players can set up to six gear configurations via these Loadouts, with each one matching the weapons, skills, mods, gear and talents you have equipped to your character. You can configure your exact Loadout how you wish, your selections aren’t saved until you hit the ‘Save’ button. There is the ability to rename these Loadouts, but you can only select names from a pre-generated list at the moment. Most of the names are ones you would use anyway like “DPS, PVP, Tank” and so on, but I imagine Division players would still like the option to add in custom names.

However, you will need to remember if part of your Loadout is currently in your inventory or your stash. If you try to equip a Loadout where some of the gear is missing, slots will remain empty until you go back to your stash and add it back into your inventory. Do also keep in mind that you cannot swap Loadouts while in combat, so don’t expect to quickly switch between your Tank and DPS sets when in the middle of a firefight. You also cannot change Loadouts if a skill is currently active.

If you want to test out Loadouts right now, you will have to head to The Division’s Public Test Server. Otherwise, patch 1.6.1 is scheduled to release sometime in May. For all the other changes coming in this patch, have a look at Ubisoft’s full patch notes.