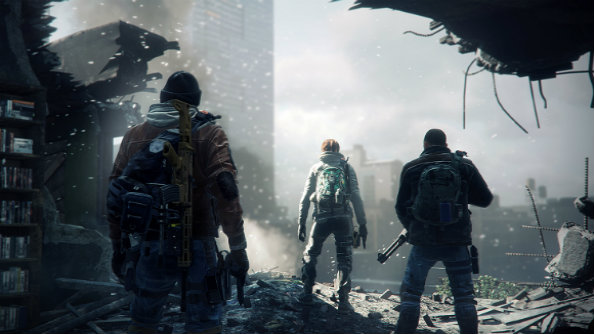 Endgame content is on its way for veteran’s of post-pandemic Middle Manhattan, as Incursions are heading to The Division on April 12, providing raid-style challenges for squads of players with the nicest beanie hats.

If you like The Division’s snowy playground, you should check out our list of the best sandbox games.

Incursions are a new engame activity that let you squad up to take on challenging missions for high-level loot. The update also brings the loot-trading feature, so you’ll be able to swap your beige gloves with your mate for some lovely grey ones.

The first Incursion, titled Falcon Lost, is set in an underground water-treatment facility that’s been turned into a stronghold for the Last Man Battalion. This is a completely new area that apparently took people at Ubisoft days to get through, which means some clever git will probably finish it solo within the hour. There are no checkpoints, though, so good luck with that.

There will be four rare gear sets up for grabs: Sentry’s Call, Striker’s Battle Gear, Path of the Nomad, and Technician’s Authority. These sets are all focused on specific playstyles, which is why the loot-sharing system will be so handy. If you wear a complete set, it unlocks a new, never-before-seen talent for your Agent, but these are currently secret.

Agent level is still capped at 30, but your gear score can boost your abilities beyond your level. You can then test your maxed out Agent in the PvP Dark Zone, which now features supply drops periodically falling from the sky, giving players a reason to shoot each other. These supply drops contain uncontaminated loot, so you can just get in and hoover it up. Once it’s yours, it can’t be stolen, but these drops will be guarded by tough enemies and likely contested by other groups of players.

Another new addition to the base game is the ability to camera-follow your teammates when you die, giving out tactical support, calling them rude names, or whatever else you fancy. Enemies can also now deploy tricky-to-hit drones, and you’ll be pitted against an armored personnel carrier boss that’s impervious to bullets.

All this will later be followed by another free update, Conflict, which adds a new Incursion into New York’s Columbus Circle, as well as new Dark Zone features. Additionally, three paid DLC expansions are planned throughout the year – Underground, Survival, and Last Stand – which introduce new areas and threats to The Division’s winter gun-derland.