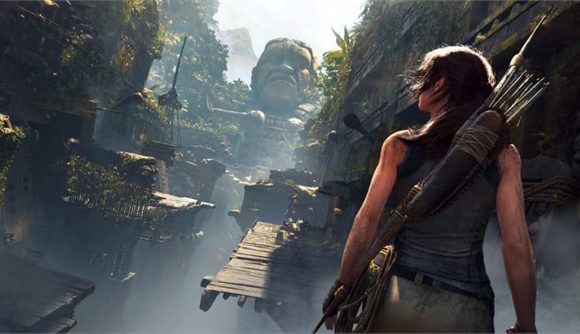 A collection of the three modern Tomb Raider games has been leaked on the Microsoft store. The listing popped up on the Xbox store, promising a visual update, and all the DLC and online feature for the action-adventure games.

“Follow Lara on her formative journey across the world, starting in Tomb Raider trapped on the shrouded island of Yamatai off the coast of Japan, to the harsh Siberian tundra hiding an immortal secret in Rise of the Tomb Raider, and finally to the mountainous landscape of Peru to uncover a cataclysmic power in Shadow of the Tomb Raider,” reads a blurb. “With all the definitive edition content from each game, this Trilogy promises dozens of hours of breathtaking exploration, challenging puzzle-solving, and survival combat with Lara as she becomes the Tomb Raider she was destined to become.”

No price is given, and March 18 was listed as a release date, but that’s since been taken down, and it’s probably safe to assume that was a placeholder. A mobile game called Tomb Raider Reloaded is the only upcoming game for Lara Croft right now, but the Shadow of the Tomb Raider director is part of Xbox studio The Initiative, and a Netflix series is on the way.

We’ve reached out to Square Enix for more information, and we’ll update if we hear back.