What with all the chasing in Bioshock Infinite and the running away in Tomb Raider, DeWitt and Croft need all the help they can get to perform their best. That’s why both characters recommend blood doping updating your Nvidia drivers.

Nvidia’s latest drivers see up to a 40% performance increase in Irrational’s 20th century floating island shooter and a staggering 70% boost in the recently released Tomb Raider.

The sexily named GeForce 314.22 WHQL Drivers see gains across the board in both games, with all resolutions receiving a boost in frames per second and, er, graphics. All the graphics are better, graph tells us so: 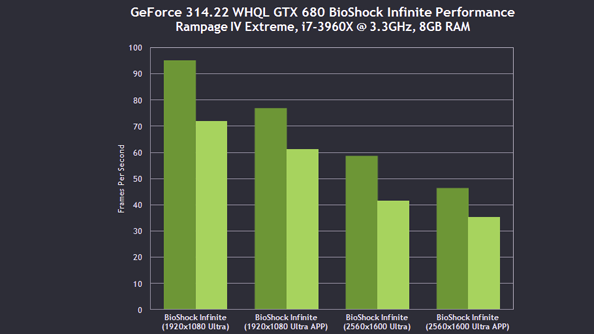 These aren’t the only improvements out: Square Enix have released a patch for Tomb Raider that, among other things, increases the number of save slots available on PC from a measly three to 99.