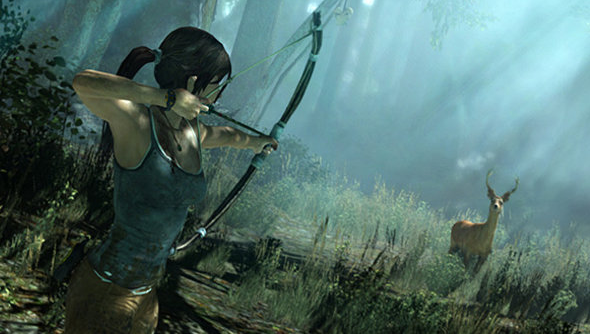 It’s not been a great day for Square Enix stockholders, doubly so if they live in the ridiculously cold north of England. First they learn that the company will be making an “extraordinary loss” this financial year as a result of a costly internal restructuring, they then learn that the company’s president of 13 years, Yoichi Wada will be stepping down (though, they may not be entirely torn up about that considering his role in the first piece of bad news), and now, on top of all that came before, they’ve learned that Tomb Raider grossly missed Square Enix’s sales expectations.

The news comes from a financial report published by Square Enix earlier today and spotted by the ever-watchful Eurogamer. It lists the average scores and sales of each of the last year’s major releases:

Despite all getting admirable scores in the 80s (even Hitman: Absolution, somehow) Square Enix say that each “game failed to meet each target.” They don’t say what their expectations for the games were but, tying into an earlier statement, which blamed poor console sales in Europe and North America, they do say that their “NA sales force was ineffective, ending up with 2/3 of number of units sold in Europe.” Traditionally, you’d expect US sales to outstrip European ones.

We aren’t getting the full picture because the results listed above don’t include digital sales, only retail copies. It would be fascinating to see a further breakdown of the sales data, how many copies of their games sold for PC at retail and how that compares to sales through digital stores, like Steam. Of course, if it made a great deal of difference to their overall numbers then Square Enix would have included it in these reports.