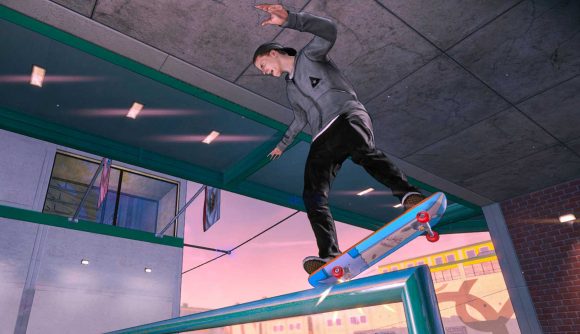 Tony Hawk isn’t dead yet. No, I’m not talking about the skateboarder (though yes, he’s fine), but rather the venerable series of videogames he’s left his name to. Now we’ve got another strong hint that Tony Hawk’s Pro Skater will return this year, courtesy of yet another collaborator on the project casually confirming its existence.

Experimental punk rock group The Death Set announced on Facebook today (in a now-deleted post, via TheNathanNS on Twitter) that the band had “just licensed five new songs to Tony Hawk 2020 game. You’ll be hearing this shit soon.” Exactly how “soon” that is remains to be seen, since there’s been no official announcement on this game at all just yet.

The impromptu ‘reveal’ is similar to what happened last year, when skateboarder Lizzie Armato spoke about her appearance in Tony Hawk’s Pro Skater 5 during a podcast appearance. Later, she said “he’s coming out with another one, and I’ll be in that too,” and as GamesRadar reported, that line was soon scrubbed from the podcast’s archive.

The real question is not if there will be a new Tony Hawk game, but rather what form it will take. The last ‘real’ entry in the series was the widely-panned Tony Hawk’s Pro Skater 5, and Hawk reported that his contract with Activision ended in 2015. Since then, we got the mobile title Tony Hawk’s Skate Jam in 2018, which was poorly received even by the standards of the platform.

Hopefully we’ll soon be able to add a classic-style Tony Hawk title to our list of upcoming PC games – we’ve been waiting so long for anything that might do the series justice.