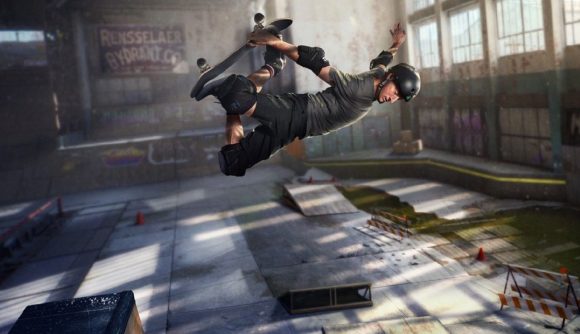 A new documentary is coming out that will look at just how much the Tony Hawk’s Pro Skater series changed skateboarding. Featuring interviews with Tony Hawk himself, other skating legends, and a bunch of the original developers, Pretending I’m A Superman: The Tony Hawk Video Game Story will focus on the early days of the series and how it came to define the sport across multiple generations.

Made by former Neversoft game producer Ralph D’Amato and director Ludvig Gür, the film goes right back to the inception of Pro Skater, when it was but a weird, anarchic pitch a few game designers were trying to get greenlit. A trailer featuring several former Neversoft employees alongside Tony and fellow skateboarding hero Rodney Mullen is watchable below. Per Gamespot and CBS Sports, the film premiered in February of this year, signing a distribution deal shortly thereafter. No release date just yet, but you can keep an eye on the official site here.

“Really, the only hope I had for the game, was that skaters would be proud of it,” Tony says in the trailer. “I thought ‘if I could get a skater to buy a PlayStation and play this game, that’s success.'” Mullen, who is to street-skating what Tony is to vert ramps, comments on the cultural change the game’s popularity brought: “Tony’s game opened an awareness to how genuinely cool skating was to a super broad audience.”

PC players are finally getting another to catch some air later this year when Tony Hawk’s Pro Skater 1 and 2, a full HD remake of the original two from Vicarious Visions, comes grinding onto Steam September 4. These were previously remade by Robomodo for 2012’s Tony Hawk’s Pro Skater HD, but that was delisted from Steam in 2017 for unspecified reasons.

If the title of the documentary rings a bell, it’s a reference to ska band Goldfinger’s ‘Superman’, far and away one of the biggest hits from the licensed Pro Skater soundtracks. Thankfully, the new versions will have many of these alternative anthems intact for a proper nostalgia trip.