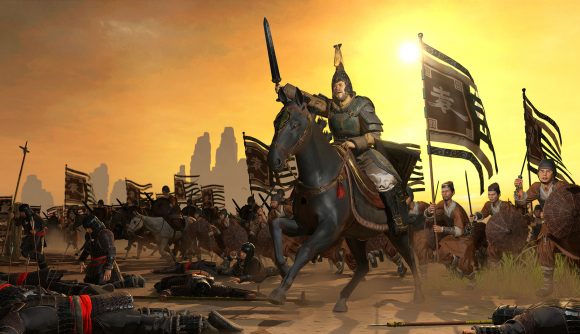 Steam hosts a tremendous number of new game releases every day – such that it’s basically impossible to keep track of everything that’s coming out. Thankfully, Valve has begun to provide us with a regular list of the best-selling new Steam releases every month, continuing a new tradition the company kicked off in April.

As with last month’s selection, the criteria is pretty particular. These are the 20 games that generated the most revenue in the first two weeks after release. Valve’s not offering any insight into exactly how much any of these games individually sold, and the list is only ordered by release date. It’s a safe bet that Total War: Three Kingdoms sales are on top, given everything we know about that game’s astronomical success.

The remainder of the list ranges from big publisher releases like Rage 2 and Team Sonic Racing to games coming out of Early Access like Beat Saber and Battalion 1944. We’ve also got smaller titles like Rise of Industry and Swag and Sorcery rounding out the ‘maybe you haven’t heard of this’ section of the list. And, of course, there’s Five Nights at Freddy’s VR.

In addition to that, Valve also detailed the top free game launches by their player count peak in the first two weeks. Those include Conqueror’s Blade, Splitgate: Arena Warfare, Minion Masters, Eden Rising and Never Split the Party. A couple of those titles also hit the top-selling list above, so clearly people enjoyed them enough to drop money on them.

Read more: Don’t miss any of the best Steam games

You can find more details on any of those games in the official blog post, as well as links to buy them.