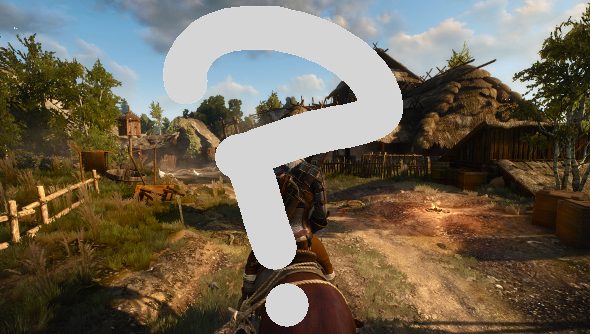 You’ve probably already noticed our review in progress for The Witcher 3, and last month you no doubt spotted that we did the same thing for Grand Theft Auto V. We’ve been doing reviews in progress for MMOs for a long time, but we’re now doing it more and more for single-player games.

For our Topic of the Week, we want to know if this is something you’d like to see doing more often. Do you prefer these in-depth, updated-as-we-play reviews? Or do you hunger for day one reviews? Let us know in the comments.

There are two issues that make reviews in progress both valuable and, sometimes, a necessity.

The first is that the nature of news and reviews websites is that we’re all scrambling to be first. Breaking news, getting reviews up the second the embargo is over, making sure that readers get the information they need as quickly as possible. This is good from a consumer standpoint when it comes to reviews because it means you have what you need to judge whether a game is worth your time on launch day.

Unfortunately, it doesn’t always work well with the thoughtful nature of criticism. It means we, reviewers, need to sum up potentially a hundred hours of experiences in a couple of thousand words, often without much time to mull things over. It forces us to be concise and clear, which is a boon, but it’s also restrictive, while a review in progress gives us space to go into much greater detail, writing 800 words just on options and performance, which really wouldn’t fit into the final review.

The other issue is the dearth of early review codes for AAA games. Increasingly, developers are working until the last possible moment on the game, and publishers don’t want us ‘orrible critics getting their hands on a version of the game that might not be as good as the final version. Last year this happened with Assassin’s Creed Unity and Dragon Age: Inquisition, and it’s happened again with The Witcher 3.

In these cases, it’s impossible to get a review up for launch day. That leaves us with two options: knuckle down and provide you with a review as quickly as possible, leaving you with no information while you wait, or write reviews in progress.

Anyway, that’s enough from me. What do you lovely lot think? Do you enjoy reviews in progress? Would you like us to keep doing them? Or would you prefer we just shut up until we post that final review? Let us know.