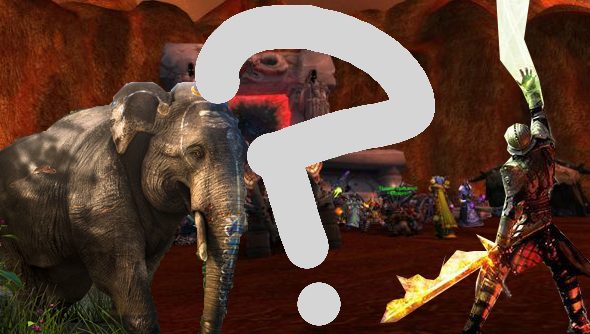 The last couple of months has seen us inundated with massive games. Warlords of Draenor is trying to tempt you into spending another year in World of Warcraft, Dragon Age: Inquisition and its not-quite-open-world feels bigger than a bloody planet, and Ubisoft has simply flung every game they’ve been developing this year at people, and they’re all vast.

It begs the question: how the hell does one manage? So that’s what our Topic of the Week is, what are you playing right now, and what are you leaving on the back burner until you have more time.

It’s undoubtedly Dragon Age: Inquisition that’s been taking up most of my time, though I’m more than happy to spend silly amounts of time skipping around Thedas. It’s gargantuan, and my band of adventurers keep finding other adventures in the middle of other adventures. I don’t think it will end.

This has left the likes of Assassin’s Creed Unity on the back burner, as I quickly bounced off it after writing my Assassin’s Creed Unity Port Review. I’m not sure how long it will be there, either, as it’s nowhere near as compelling as Black Flag. Crikey, Paris is gorgeous though, and I may return just because of that stunning city.

Enough from me, what about you lovely lot?