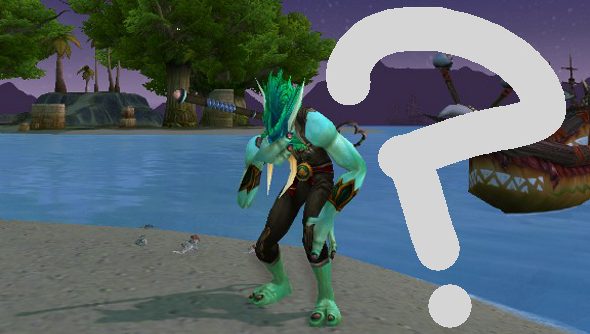 There’s a little bit of the Devil in all of us, though some more than others. I, for example, regularly bake children inside large pies, which I feed to the 1 percent. It’s the price I pay for my stunning good looks and immortality.

For our Topic of the Week, we want to know if you’ve done anything terrible, specifically online, that you regret. We won’t tell the Intergalactic Internet Authority if you don’t. Do you run a server where you regularly troll people? Do you subsist on the tears of teenagers you destroy in competitive multiplayer? Have you ruined someone’s Minecraft server by building dicks everywhere?

My own confession is coming up, but first, some trivia about PCGN head honcho, Tim Edwards. Did you know that he hates tiny panda children and says cruel things to them online? He does. I’ve seen it happen in Heroes of the Storm and I was shocked. And then there was the manic laughter. Appalling stuff.

All our hearts at PCGamesN go out to Tim’s victims.

Okay, onto my own confession.

Honestly, I tend to restrict my terribleness to in-person episodes, and am probably a lot nicer online than I am in meatspace. And I’m not one to wallow in regret, either, because I’m perfect.

However! I will occasionally participate in bouts of mischief. There was the time, during The Elder Scrolls Online beta, where I stalked an Orc chap, whispering sweet nothings and poetry, for an hour. And the time I made a Tauren, in WoW, dance for gold, but logged out without paying up. And if I don’t mention it, Nick probably will, so I confess that I also fed a sleeping man to a shark in Ark: Survival Evolved.

These are a bit boring, really. I’m just not an exciting man. So it’s up to you lot now. What terrible things have you done online that you regret?