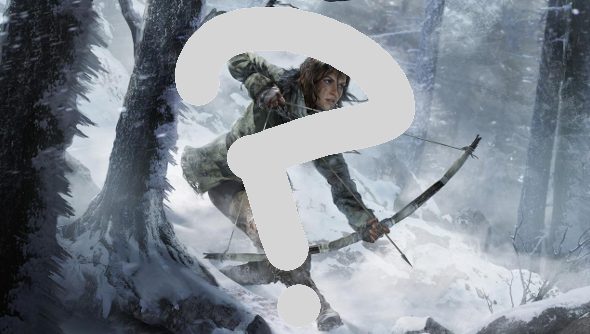 The announcement of the Rise of the Tomb Raider backroom exclusive deal was accompanied by howling, thrashing and condemnations of Square Enix and Microsoft. Underneath all the fury, there weren’t many Xbox One owners celebrating their future acquisition of this timed exclusive. Maybe it was just drowned out.

Despite what Phil Spencer says, the general consensus amongst those who play games rather than making money out of them seems to be that this was a shitty deal that flips the bird at most customers. But it’s not representative of exclusives. They are the backbone of a platform. What games a platform does or doesn’t have is the impetus for buying a new console or investing in a new gaming rig. But maybe you disagree and the vein on the side of your head is throbbing and pulsating with a life of its own.

That’s why our Topic of the Week is: exclusives – what are they good for?

I’m not sure if the average person really knows what goes on inside their PC or console. If the primary purpose of the platform is gaming, then they probably only really care about the games. And when the vast majority of games are multi-platform, then it all comes down to the exclusives.

Exclusives can be good for everyone. They are much better positioned to take advantage of a platform’s strengths, which is why most RTS games are PC exclusives; they can make a platform stand out and ship units; and they make it easier for consumers to decide what platform they want to invest in.

A timed exclusive is different, though. It’s just a multi-platform game that’s being held back because of a handshake and a cheque. But not all exclusives should be tarred with the same brush.

Anyway, enough of me rambling on. What do you lovely folk think about exclusives?