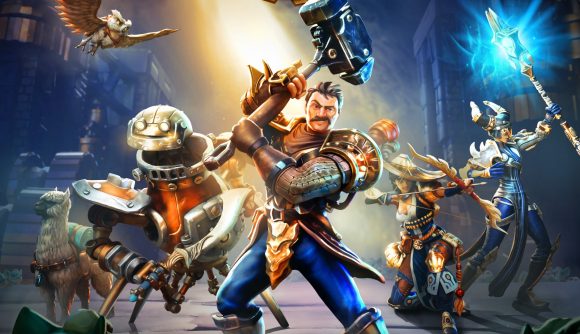 Torchlight III is just about ready to leave Steam’s Early Access program. The loot-packed action RPG game has added tons of content since it first arrived, just five months ago, and now it’s gearing up for its official launch – the Torchlight III release date is set for October 13.

Over the course of Torchlight III’s whirlwind Early Access period, developer Echtra Games – itself forged from the remnants of original Torchlight studio Runic – has added new regions, reworked its subclass mechanics, and rebalanced a live game to keep up with community feedback, all in a relatively short amount of time. It’s all happened with COVID-19 work-from-home restrictions in place, giving developers more time to spend with their families – and with their pets.

Echtra CEO and Torchlight franchise creator Max Schaefer and co-lead developer Tyler Thompson talked with us about the pet system in Torchlight III, how it’s different from the pet systems in past Torchlight games, and what they plan on doing with it post-launch. As in the first two Torchlight titles, Torchlight III gives you a pet companion right from the beginning, and that pet – initially an owl, an alpaca, or a retriever – helps you in battle and can cart loot back to town to sell while you carry on exploring.

“Obviously we had to include pets in Torchlight III, it’s a pillar of the franchise,” Schaefer said. But with the third game in the series, he said the team felt compelled to add to the existing template. “Pets are now more of a collectible thing, you don’t just have a pet that’s assigned to your character. You have, in fact, a pet storage building in your fort [where] your whole account’s pets are shared.”

In Torchlight III, you find new pets as you progress through the campaign, and each of these has a new skill that it will teach other pets in your stable when it arrives in your fort – which is a structure, as Schaefer pointed out, that represents all your account-wide progress. It’s another new feature in Torchlight III, and it’s designed so that players will see that they’re progressing toward something whether they’re playing a new character or one that’s leveled into the endgame.

The pet skill system means you can swap out pets at any time, and they can take any pet skills you’ve discovered along with them. If you’ve gotten attached to the black cat in game because you have a real black cat at home, you can keep that pet with you while giving it the skills that come with new pets you discover in Torchlight III’s dungeons. 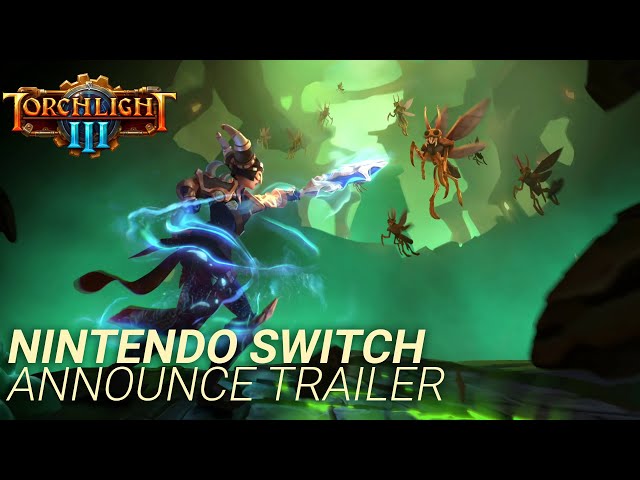 “We didn’t want any min-maxers to feel like they had to have the owl because that’s the optimal pet to have, or anything like that,” Thompson explained. “We tried to make sure that, as best we can, all the pets are equal as pets, it’s just mixing and matching skills as you wish.”

There are plenty more pets to find beyond the initial three offered during character creation, and Thompson and Schaefer say there are more on the way. When Torchlight officially launches October 13, each platform – PC, Xbox One, and PlayStation 4 – will have an exclusive glittersprite pet. On Steam, that’ll be the violet glittersprite, which is essentially a purple fairy.

But there will be more to find post-launch. “Another thing that we can be releasing and putting out there for players is ‘here’s another pet you can find,'” Thompson tells us. “And since it’s something you can discover and get later, it’s not like you have to go start a new character to enjoy that pet. It’s just something you can get.” One of those, the developers revealed, will be a parrot – but there will be more fanciful creatures to recruit in the future.

Players get passionate about their pets, Schaefer says. “It’s not like everyone picks the cute dog or everyone picks the owl, it’s pretty spread out and people are almost as passionate about that as they are their build,” he says. “It’s very important to people, it fulfills an emotional need in gaming. When you’re out playing, you feel less alone. It’s your buddy, you know? And they’re there for you, and there’s an actual emotional bond that is formed.”

“Honestly, when your pet is gone, you feel it,” Thompson adds. “It’s like your tank is not there. It hurts when it’s gone!”

You can find Torchlight III on Steam.