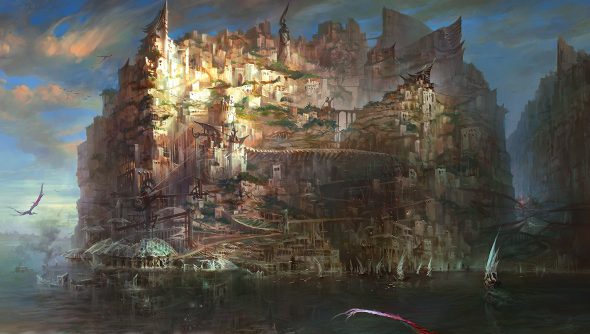 The fate of Torment: Tides of Numenera’s combat – turn-based or pause-based – was to be informed by a Kickstarter backer vote, and now the votes have been gathered and fed into a vast, all-consuming machine which also probably feasts on souls and passes moral judgement on mortals. 20 percent of the backers cast their vote, and the result was pretty close to a tie, but turn-based won out marginally.

Since this was the system that inXile favoured before the vote, the studio has decided to make it official. Torment: Tides of Numenera will be turn-based, and there was much rejoicing, especially in the Brown household.

“We were leaning toward turn-based combat because we believe it’s better suited for the kind of tactical complexity we’re looking for through our Crisis system,” explains project lead Kevin Saunders.We have considered the vote, but more important than the vote are the comments (not just in our forums, but on many of the community forums and articles on this topic). Your comments have helped us greatly in understanding why people have the preferences and concerns that they do.”

Saunders explains the reasoning and responds to potential criticism of the turn-based mechanic in great detail, noting that while it can be tedious in some games, in Torment there won’t be any “trash mobs” to deal with, and each encounter will be hand-crafted to have narrative relevence and consequences that will make them compelling scenarios. They’ll contain more than just combat, with dialogue, puzzles and time-relevant actions spicing up the encounters.

Its in instances like these where we can really see the benefits of Kickstarter and crowd-funding games in general. inXile has clearly taken the comments of the backers on board, and detail the reasoning behind its decision while not threatening their creative vision by pandering.

If you were hoping for a pause-based system, let’s hope that you’ll still find the turn-based mechanic fun to play with. At the very least, it’s not a decision that inXile has made lightly.