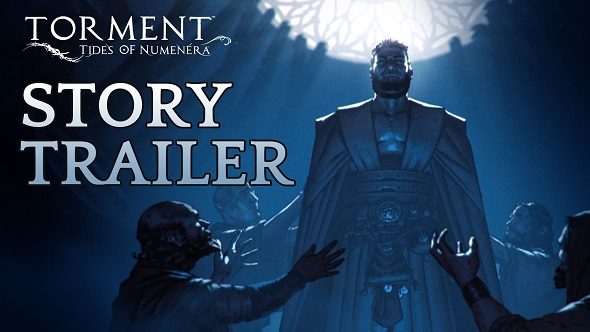 Introducing players to the megalomaniacal entity known as ‘The Changing God’, Techland and InXile have released a new cinematic trailer for Torment: Tides of Numenera. This trailer brings players up to speed on the state of the world and how cheating death is a pretty bad idea.

If you’re looking for more epic questing, take a look at these other PC RPGs.

A billion years in the future, someone found a way to cheat death. During a knowledge seeking quest, one man discovered the Numenera – an ancient technology which allows the user to shift their consciousness into a body of their own design. As this technology essentially allows the user to live forever by transferring themselves into new bodies, this man became known as ‘The Changing God’.

Slowly crafting and refining a legion of Frankenstein’s monsters to house his consciousness, this body hopping deity would simply leave these castoff bodies behind, hoping that they would rot away as he jumped to a new host. Instead, these ‘Castoffs’ would gain a new consciousness, becoming sentient and able to live free from their shapeshifting creator.

At first The Changing God was friendly to his Castoffs, leading them like a doting father. However, something is bound to go wrong when your consciousness is constantly switching from host to host, leading the once benevolent god to grow distant and cruel. To make things worse, this constant cheating of death awakened an ancient avenging beast known as the Sorrow, bent on restoring order by finally destroying The Changing God and his Castoffs.

The player then joins the story as the Last Castoff, the final body thrown away by The Changing God and hunted by the Sorrow. So, it’s all very jolly stuff as you start your time with Torment: Tides of Numenera.

If you are up for taking the role of a spare body hunted by a mindless cleansing being, Torment: Tides of Numenera comes to Steam on February 28.