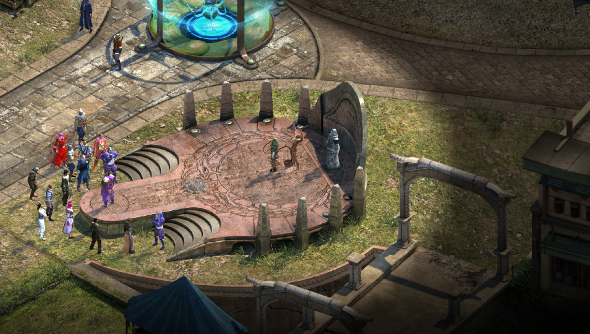 Torment: Tides of Numenera is one of those games that make me wish I liked CRPGs. It looks like it could be great and the setting, a billion years in the future, is intruiging.

Play your own way in our list of the best RPGs.

The Gamescom trailer for the RPG just released, right now, for some reason, and it shows off a future where blimps are back in fashion. Imagine a civilisation in a billion years thinking blimps were okay.

Blimps are not okay.

There is one good thing about the future envisioned by Torment, though – you don’t have to get in scraps every five minutes. This RPG will let you talk and think your way out of conflicts before resorting to tactically taking out your foes with precision violence.

It looks alien, bizarre and different to the usual RPG settings we’re accustomed to. We had a look at it a while back, and it was promising, if filled with the issues you’d expect from Early Access.

It’s due out early next year and you can watch the new trailer below: