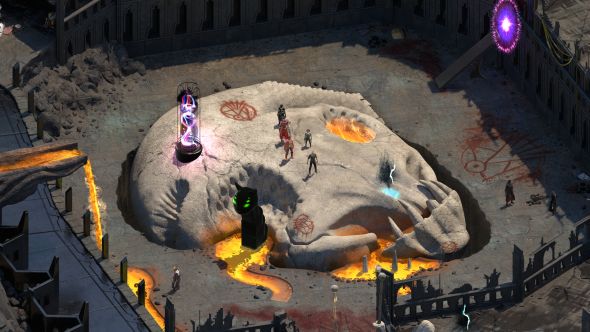 For more branching narratives and isometric perspectives, check out our list of the best RPGs on PC.

Torment: Tides of Numenera bills itself as the “thematic successor” to the highly-regarded Planescape: Torment. It’s set in Numenera, a post-apocalyptic science-fantasy world a billion years in the future. Numenera is the brainchild of writer and game designer Monte Cook, who has worked on Dungeons & Dragons. He created Numenera for his Kickstarted board game of the same name.

Torment: Tides of Numenera is a single-player isometric RPG in the classic Baldur’s Gate mould, of the kind that’s been enjoying a resurgence with such recent hits as Tyranny and Divinity: Original Sin (indeed, it claims to be “powered by technology used” in Pillars of Eternity). It claims its ‘Crisis system‘, governing combat, requires you to “plan your way through hand-crafted set pieces which combine battles with environmental puzzles, social interaction, stealth, and more.”

The Jack class should be helpful in several of these respects. A Jack is an explorer and adventurer, literally a ‘Jack of all trades’, able to develop the widest variety of skills and call upon a range of tricks. These include quick fingers to help with looting, and charm to persuade or deceive other characters.

Torment: Tides of Numenera is due to release sometime in 2017, but is in early access on Steam right now. If you fancy jumping in early, it’ll cost you £30.98, or $44.99 USD. For more information, check out the game’s website.