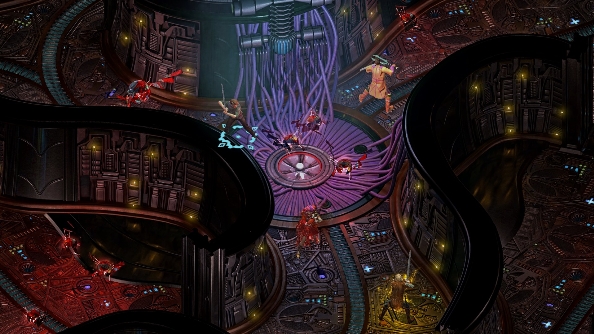 InXile have announced the release window for its classic-style RPG Torment: Tides of Numenera. The game is expected in early Q1 2017; a little later than the original prediction of late 2016, but the extra time is being allowed to ensure the most polished experience possible.

Why wait until 2017 for your next big adventure? Check out the best RPGs on PC.

Announced by project lead Brian Fargo on the game’s Kickstarter page, it has been revealed that there is about six months worth of work left to be done of Torment. The game itself is ‘content complete’, and the final jobs involve cleaning up artwork, systems, and quests, as well as the monumental task of translating a one-million-word script for the localised editions. InXile have teamed up with a publisher to help out on the translations, but they’ve yet to reveal who this partner is.

If you were hoping to see Torment this side of Christmas, don’t despair too much: the beta is being opened up to all backers who would receive the game as their reward. Previously the backer beta was only available to certain higher pledge levels, but now anyone that was due to receive the game can play the game’s first act in Sagus Cliffs.

The beta backer is open right now, so if you pledged $20 or more, head to your rewards page at the Torment website to grab a Steam code. The beta itself has had a major update, so it’s closer than ever to the final quality of the game.