Alpis Graia is the new map, a transalpine pass surrounded by imposing mountains and covered in thick forest. Great place for an ambush, then!

Take a look at the spotlight for a rundown of the map’s most important features.

Other maps have also seen a dramatic visual transformation. Here’s a before and after shot of Marathon: 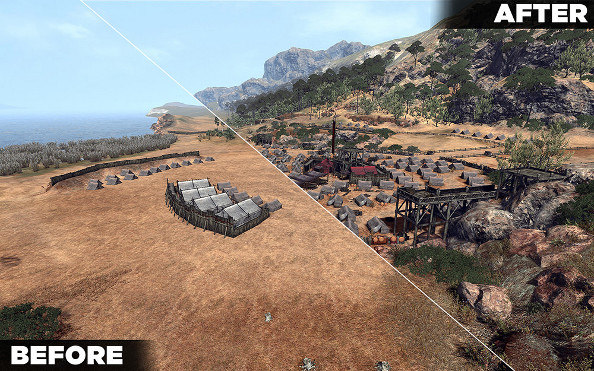 As for the rest, take a gander below at the full patch notes.