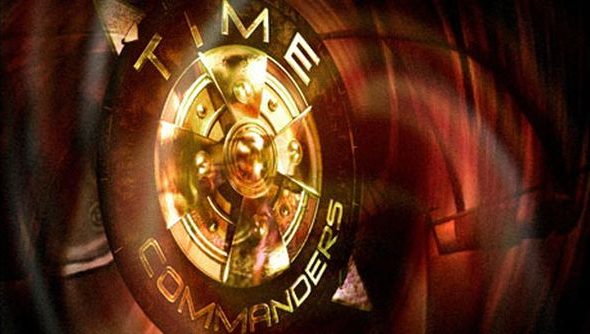 In this series, two teams of three take control of a virtual army and test their skills against AI pre-programmed by a team of history experts, before finally facing off against each other in a massive battle.

Time Commanders was Strategy game eSports before it came west – but more inept.

Here’s a quick preview to get you in the mood:

Time Commanders is back, using the Napoleon engine though not limiting its time period, and three one-hour episodes will begin on December 12 at 9pm GMT. In the first, it’s classic Rome vs. Carthage action as a team of wrestlers defend as Hannibal while a group of “historical board game enthusiasts” try to keep history as it was. That doesn’t sound even nearly fair.

Full details on the first episode are available via the BBC’s media centre. It will be on BBC Four, meaning you should be able to access it online so long as you have a TV license in the UK. Those abroad will need to find out how to access it from their TV providers, but it will probably be possible.

Based on the above trailer, at least one later episode will be a little more modern in its sabre-rattling cavalry charges and inefficient gunpowder usage. Beyond that, who knows, but it doesn’t look like Warhammer got a look-in on this one. For those interested, Rob Bartholomew (Brand Director at Creative Assembly) wrote a poston LinkedIn about the series returning, what’s changed, what’s hasn’t, and where he hopes it will go.

Everything else aside, Gregg Wallace should provide good entertainment or at least facial expressions.

Original story July 26, 2016:Back in the mysterious mists of the ’00s, when ‘Trump’ still meant businessman/fart and we still described resolutions with two numbers, the BBC had a gameshow series called Time Commanders. It took teams, usually British families, and challenged them to beat historical scenarios, all powered by Total War. All were taken from Roman history, including such delights as the final battle of Spartacus and the defeat at Teutoburg Forest. Now it’s coming back for a third season.

It was, as you might imagine if you ever watch British TV, basically crap, but also amazing, especially if you were 12. Here’s a playlist of all the original episodes, if you want to watch British dads fail at being generals:

There’s no premiere date for the new series, though the listing on the BBC website mentions the closing date for applications of teams of three is September 1st. Presumably recording will happen this winter, and we’ll get to see it come early 2017. This go round the teams will be facing off against each other, likely leading to even more crushing defeats.

It will probably be top-tier nonsense, but at least the graphics will be way better. Maybe they’ll plug it into Total War: Warhammer and really confuse people? Then again, with teams of three and a competitive element, there will probably at least one squad of pro-Total War killers ready to exploit bugs and build overpowered armies. We’ll update when we know more about the series.