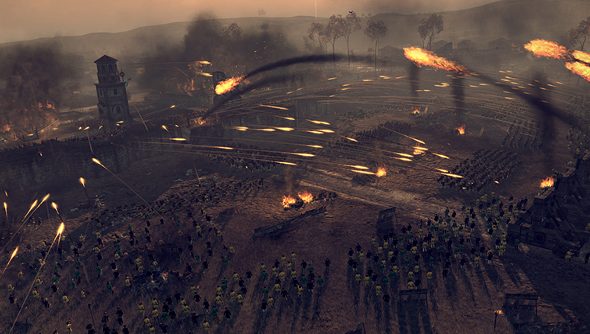 Just as Barbarian Invasion followed the original Total War: Rome, on the heels of its successor comes Total War: Attila, where the organised Romans and their fancy, shiny armour face hirsute, exceptionally angry men. Attila’s hordes will be heading west and into the empire on February 17th.

Since Rome II, Creative Assembly and Sega have really been pushing DLC, so it should come as no surprise that Attila’s getting some pre-order DLC.

If you splash out before launch, you’ll get the first DLC pack, the Viking forefathers culture pack, for free. It adds a bunch of Scandinavian factions to the game: the Jutes, the Danes and Beowulf’s people, the Geats.

Our Jules got a look at it earlier in the year, when Total War: Attila was revealed, and has this to say about it: “Keeping the Roman Empire together in the face of a changing climate, disease, and assaults from all sides is going to be one of the most difficult challenges Total War fans will have ever faced.”