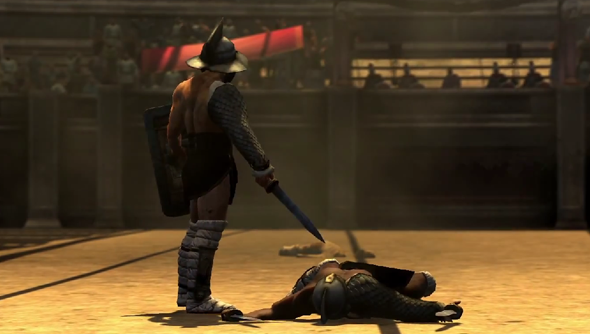 Total War:  Attila tells the end of Rome. The great empire you raised in Rome 2 is breaking apart under the weight of its bureaucracy and your enemies are massing. Attila is chief among them.

The latest trailer sets the stakes for the coming war.

While Attila is clearly a tough enemy, leading a million-strong army of Huns and nomadic tribes as he sweeps towards Rome from the east, it’s climate change which will affect play most.

As your campaign progresses the northern regions of the map will cool. Cold regions produce less food and this drives the AI to push south into your lands. The longer you play the more pressure you’ll receive from the north.

Disease is the enemy you face in the southern regions. Plagues can spread between cities by trade and through armies from siege. The plagues work slowly in the north but the hot climes of Africa will breed illness.

You can read more about it in my Total War: Attila preview.