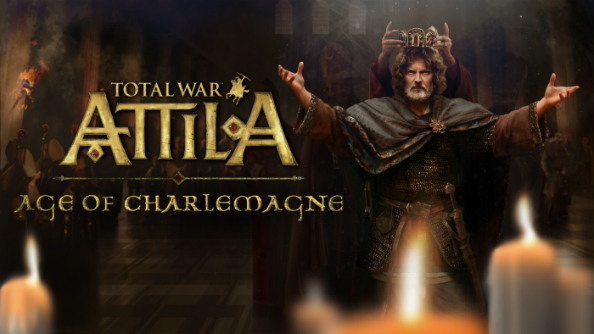 Total War: Attila’s latest expansion, The Age of Charlemagne, is out today. That should be enough to make history-loving fans of real-time strategy leap around the room. In case you’re interested in a swift lesson, the titular leader was also known as the King of the Franks. Of course, if you don’t care about long dead royalty, you’ll at least be pleased to know The Creative Assembly is also updating the main Attila campaign with free new content.

Psssst. In case you aren’t brainy enough for strategy games, check out the best shooters on PC.

The Total War/Alien: Isolation studio are clearly in generous mood. Not only does Attila get a new (entirely gratis) playable faction, called the White Huns, but all existing players are also being offered a free copy of the game for Steam OS/Linux. How lovely.

As for The Age of Charlemagne, you can buy that right now for $14.99/£9.99. It’s set hundreds of years after Attila in the year 768AD. The switch in eras mean new classes are introduced, including Knights and Housecarls. This is a beefy expansion, too – it contains over 50 conquerable provinces, with The Creative Assembly promising hundreds of hours of play.

I’m far too dim for RTS games, so I’ll pass the time by praying Alien: Isolation 2 gets announced in the not too distant future.