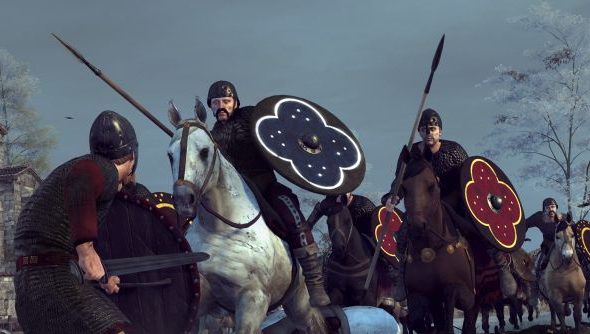 Before Total War goes all fantasy in 2016, this year had some more history for it to wade through in the form of the darkest periods of the middle ages and the man who, through a mixture of harsh rule, smart policy and genocide, managed to drag Europe into what we might recognise today. How do I know all that? Because I just watched the mini-documentary SEGA and Creative Assembly have put out about Charlemagne, King of the Francs and the focus of the Attila expansion that released a couple of weeks back.

Need some new tactics to ruminate over on Christmas day? Here’s the best strategy games ever.

You can tell it’s a proper documentary because it starts with a historian in a nice coat walking forward slowly while explaining things in a serious tone. There’s some shots from the game in there to illustrate too.

Your man there isDr. Paul Harrison, who also presented a similar mini-doc on Attila himself back in February. By trade he’s a lecturer at London colleges and an Egyptologist, but you know how it is with history – it all happened at about the same time anyway. Plus the various Pharoahs were as good at killing swathes of people as any of us Europeans, and far earlier.

As for the expansion itself, it’s up on Steam for £9.99 / $14.99 / €14.99 and offers a new campaign map and some new units. The community seems a bit split on whether it’s ‘good enough’ or if there aren’t enough changes to accurately simulate life a few hundred years later in humanity’s timeline. If you were a fan of Medieval, and sad to know that a third game dedicated to that time period isn’t currently on CA’s plans, this is about as close as you can get with all the latest Total War bells and whistles.