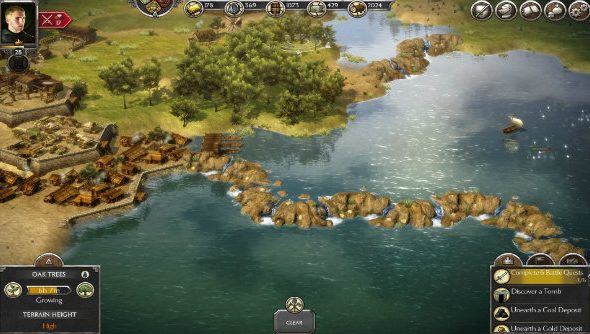 Total War Battles: Kingdom – the free-to-play Total War that allows your save to carry between mobile and PC – leaves beta on March 24.

There’s already plenty of choice when it comes to games that cost nothing – just look at the list we’ve compiled of PC’s best free games.

Total War Battles: Kingdom has been in beta on Steam since April last year, where Creative Assembly have been supporting the game with regular updates.

You can clearly see it was built for mobile from the screenshots, each shot making it look like a stabby Farmville. It sounds like there’s a bit more to this, though.

It’s bite-sized Total War where you have to build you realm, explore the world, drain it of resources and defeat your enemies. You know the drill: cut down trees, build roads to connect your towns, and expand your empire by clicking on a lot of things.

Then there’s the large scale battles (this is a Total War game, after all) where you’ll manage units in tactical encounters.

It launches on March 24, but you can download the beta on Steam now.