When it comes to large-scale melee battles, there are no strategy games that come close to Total War. Combining tech that can render thousands of units in real time with over two decades of experience in the strategy genre, Creative Assembly’s flagship series has covered historic periods ranging from Ancient Rome, Shogunate Japan, and the Napoleonic Wars, even branching out into fantasy in its recent collaboration with Games Workshop.

Sure, Total Warhammer 3 is coming and it looks great, but there’s another fantasy franchise that seems tailor-made for Total War in concept and spirit: J.R.R. Tolkien’s The Lord of the Rings.

Its epic tale of companionship, loyalty, and the brave struggle of good versus evil was captured brilliantly in Peter Jackson’s early 2000’s movie trilogy, spawning several game adaptations, mostly in the action-adventure genre. Strategy gamers were only blessed with a couple of offerings: 2003’s forgettable War of the Ring and 2004’s Battle for Middle-Earth, a competent large-scale RTS that spawned a sequel two years later. None of those games are currently available on digital storefronts, but that shouldn’t matter. After nearly 20 years, it’s time for SEGA and Creative Assembly to get their hands on those Weta Workshop 3D models, and create the ultimate Lord of the Rings game.

The studio is definitely qualified – through 14 Total War games, Creative Assembly has mastered the art of massive medieval brawls. 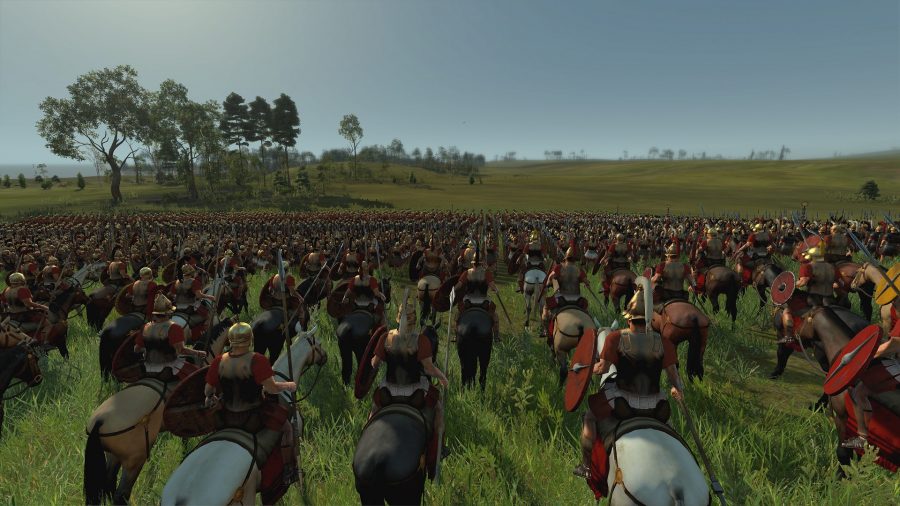 Bespoke kill animations for each unit, the cadence of formation march, even the way soldiers push against each other in Rome II – watching a Total War cavalry charge with the camera zoomed right in on the action is a stone’s throw away from King Theoden’s Rohirrim charge in the Battle of the Pelennor Fields.

The series has been destined to tackle Tolkien someday; one of the most successful full conversion mods is Total War: Medieval II’s Third Age mod, which brings the events of the War of the Ring to strategy games like none has done before or since. The mod adds a giant map of Middle-Earth complete with 115 settlements and 16 factions lifted straight from the movies and books, each with their own set of traits and heroes. It’s proof of concept for how naturally Total War mechanics fit Tolkien’s fantasy world.

In the nine years since the mod ceased development – and the 15 years since Medieval II launched – Total War has made leaps and bounds that bring it even closer to an ideal Lord of the Rings experience. Warhammer added mythical and flying creatures not unlike the Nazgûl’s fellbeasts or the fearsome Balrogs, and it treats heroes as nigh-unstoppable special units capable of taking on whole battalions. 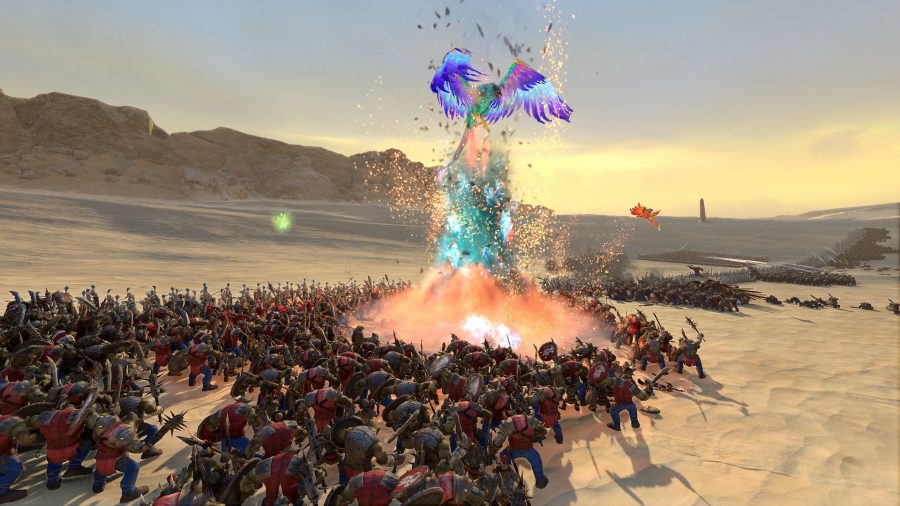 Three Kingdoms’ expanded that even further by adding character synergy and a duel mechanic, perfect for replicating the battlefield kill count competitions between Gimli and Legolas, or Gil-galad’s duel with Sauron during the Siege of Barad-dûr.

Speaking of sieges, Total War’s historical siege mechanics are also a perfect fit for a The Lord of the Rings game. Thanks to the destructible nature of defensive walls and the large maps, which hold thousands of units both inside the walls and on top of it, the series already has all the pieces to simulate the sieges of Minas Tirith and Helm’s Deep.

That’s not to mention the countless other non-canonical Middle-earth battles that would arise in the course of a Total War campaign. There’s even a precedent for creating bespoke maps for key locations, such as Rome 2’s Carthage or Thebes in Total War Saga: Troy. 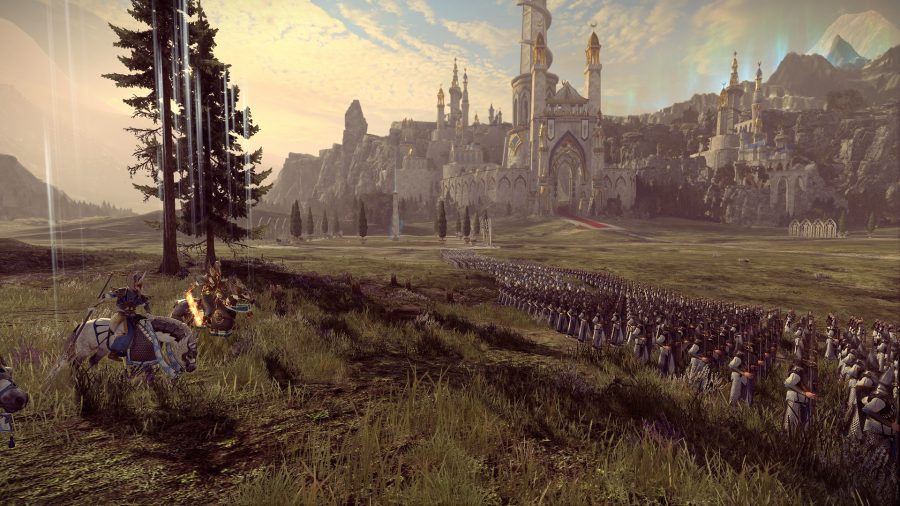 As a proprietary third-party IP, the biggest hurdle would be the rights. Recently, the only Tolkien games to hit the stores are the LEGO adaptations, as well as Shadow of Mordor and its sequel -- all published by WB Games.

Fans are concerned about WB having exclusive rights to LotR videogame adaptations, but Middle-Earth Enterprises can and does license the franchise to other studios, like Daedelic for The Lord of the Rings: Gollum and the enduring LotR Online MMO. If SEGA wants it, it should be possible.

Creative Assembly’s treatment of Warhammer and their clear respect for Games Workshop’s property show they know how to handle a license as well. As legendary as Tolkien’s universe is, it is indisputable that Peter Jackson’s aesthetic – along with Howard Shore’s masterful score – is the definitive depiction of the epic trilogy. A Total War: Lord of the Rings with the visuals and music from the movies would be a dream come true.

It’s been almost 20 years since The Fellowship of the Ring hit theatres and I don’t want to die without getting a genuinely good Lord of the Rings strategy game. Monolith’s Shadow of Mordor series and the ubiquitous LEGO adaptations have proved that gamers are still very interested in Tolkien’s imaginarium, and the 4K re-release of the film trilogy a couple of months ago proved the IP is still a very powerful pop culture icon.

It would be a waste for SEGA and CA not to lend their vision and expertise to create the ultimate Lord of the Rings strategy experience. Middle-Earth has been the one fantasy world to rule them all for almost a century, and it deserves a grand strategy game that captures that magic.