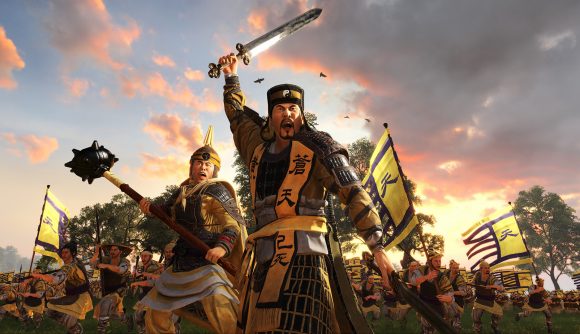 Game companies must both love and hate registering trademarks. On the one hand, the process allows you to protect something you’ve created from being ripped off; on the other, it’s all very public and anyone can stumble across the information if they know where to look.

Which is exactly what seems to have happened over on the r/totalwar subreddit, where an eagle-eyed user has been looking at the UK’s Intellectual Property Office’s official website, and found a filing by Creative Assembly for something called ‘Total War: Medieval’ from January this year.

Parking this humongous grain of salt I’ve been carrying for a second, this could be a potential hint as to what the next historical Total War game will be. Total War: Warhammer 3 was announced very recently, and Total War Saga: Troy was released in August 2020. It’s not technically a ‘full’ Total War game, however, so 2019’s Total War: Three Kingdoms was the last mainline historical release in the series, and fans have been clamouring for a new modern game set in medieval times for a while now.

A quick tangent: The original Medieval: Total War was released in 2002, but it – along with the other two original classics Rome: Total War and Shogun: Total War – have not undergone the same branding switch that basically every other Total War game has succumbed to since Total War: Rome 2 started the trend in 2013. 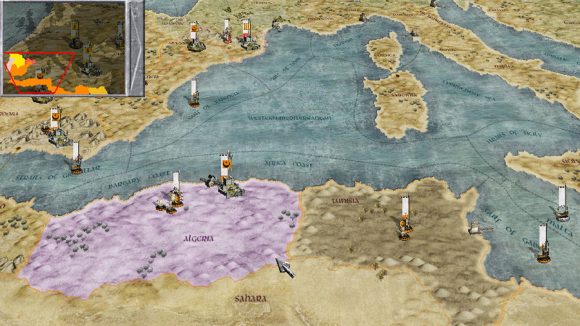 So, officially, there isn’t already a game called ‘Total War: Medieval’, although we can’t rule out that this could simply be something more routine aimed at bringing the original title in line with the others. This reddit thread shows a screenshot of both the new filing, as well as the original Medieval: Total War’s registration back in 2001:

A new game? from totalwar

There’s nothing much else to go on at this point, so let’s indulge in some speculation. A new game set in the Middle Ages would make sense as Rome 2 is still quite popular and probably doesn’t need a new game. Both original Total War games set in the medieval period also were released prior to the big engine overhaul that came with Rome 2 and beyond, so there’s definitely hunger for a modern, shiny, and medieval-y Total War using this setting. Crusader Kings has also shown how popular it can be.

Furthermore, out of the original Total War games, Medieval 2 currently has the biggest modding community, so there have been plenty of passionate fans waving the ‘Medieval 3 when?’ flag over the years. This filing clearly isn’t a literal Medieval 3, but brand reboots aren’t uncommon. Three Kingdoms did a lot of excellent work fleshing out the political and family mechanics, and these should be easily transferable to a game about medieval Europe.

Related: All of the confirmed Total War: Warhammer 3 races

It’s unlikely we’ll hear anything official about this anytime soon, if it even is a new game. In the meantime, here’s everything you need to know about Total Warhammer 3, which we definitely know is a real thing.