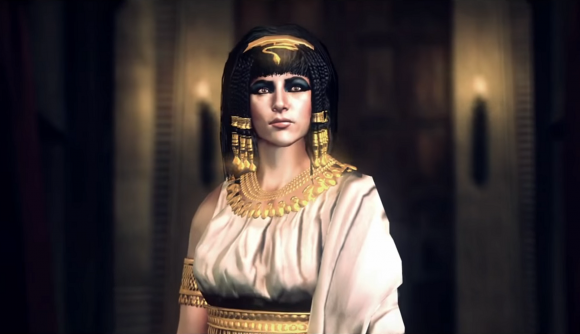 September 25, 2018 Creative Assembly has released a statement on this, and it appears the whole thing is at best a gross exaggeration of the truth.

Creative Assembly says the Greek states, Rome, Carthage, and “some Eastern factions” have a 0% chance of any female generals appearing in their recruitment pool. The studio also confirms that, as YouTuber Republic of Play had discovered, other playable factions have a 10 to 15% chance, and only the Kushites have a 50% chance of spawning female generals. These values were intended “to represent the cultural differences in those factions during the time the game is set.

“These percentage chances are moddable by players,” Creative Assembly adds, and “we’ve not seen a verifiable bug where this is shown to be different or not working as intended.”

In case you’d missed this, Total War: Rome II is in the midst of a review-boming campaign on Steam, supposedly because one of its recent updates has made female characters more widespread. CA’s statement suggests that the controversy is overblown to say the least, and that complaints that cultures who wouldn’t have appointed women to lead armies having had that option ‘forced’ upon them are, simply, lies.

The ‘evidence’ for any of this was always pretty thin, but one example was a screenshot of an all-female recruitment pool shared in Chaos Puppy’s review, but taken by Steam user erick: 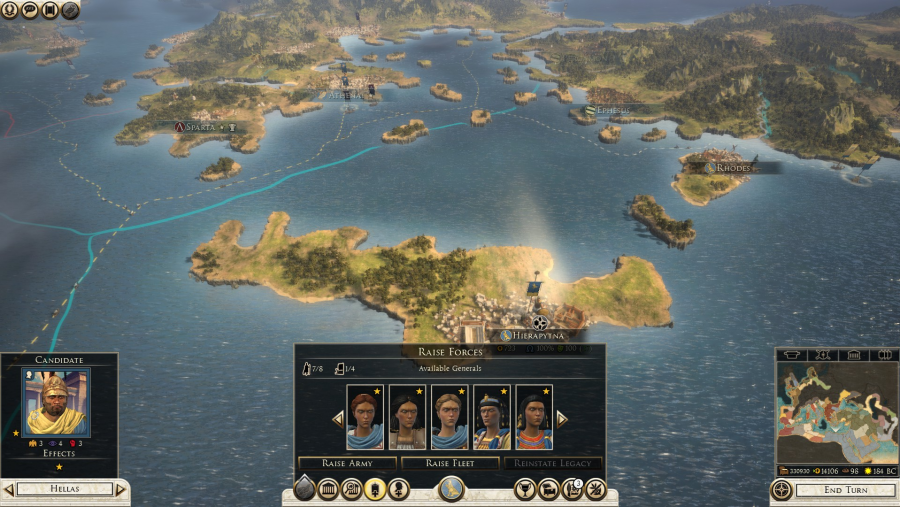 Note there are eight generals in this recruitment pool, and the lit arrow buttons on the panel indicate erick has clicked through to view a particular selection of them. As AAABattery03 points out on the subreddit, a selection like this was bound to happen across thousands of Rome II players, assuming a 10% spawn rate.

Indeed, it looks like erick is playing Egypt here, and Republic of Play’s research suggests they have a 16% chance to spawn a female general. He also found that the birth rate of female characters into your family – which, obviously, ought to be 50% if you care about biological accuracy – is just 35%.

The timing of all this is also a little suspicious. According to Steam, Rome 2’s last patch was three weeks ago, and the notes contain no mention of female generals. A week prior to that, the Ancestral Update did overhaul the game’s character system, but there’s no mention of an increased spawn rate (except possibly the line: “added more variety to generals in Empire Divided”, which refers to one of the game’s scenarios).

Female characters were first added in Rome II’s Desert Kingdoms DLC way back in March – here are the patch notes. You’ll notice a list of named special characters, drawn from history, which have directly influenced factions such as Egypt and Kush where female generals are more common. CA is clear that certain cultures, including Roman and Greek ones, do not have female generals. In cultures where women did not hold public office, they have a special Cursus Honorum path that follows their influence in politics. We’ve not seen anything to suggest that anything has changed since then regarding their prevalance in the game, and Creative Assembly has said as much in a recent tweet.

Given how baseless the initial outcry appears to have been, it’s telling how quickly it seized upon comments from a Total War community manager. While locking a lengthy Steam forum post on the issue, they said “Total War games are historically authentic, not historically accurate – if having female units upsets you that much you can either mod them out or just not play.”