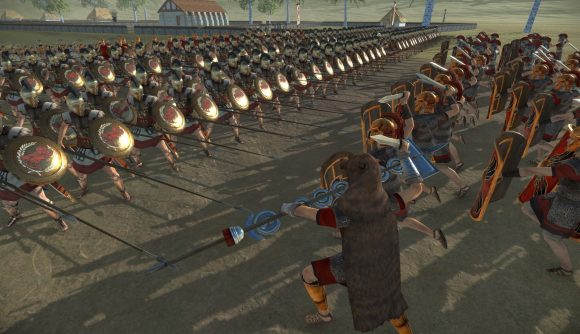 The Total War: Rome Remastered release date arrives this week, so Creative Assembly has unveiled the system specs you’ll need to run this much-updated version of the 2004 classic strategy game. The FAQ also provides some other helpful information, such as where the original game’s Steam entry has disappeared to.

Sadly, this discount doesn’t apply if you own a non-Steam CD-ROM copy of Total War: Rome. Creative Assembly says there’s no way to track users who own legitimate copies of that edition, and so you’ll have to pony up the full price for the remaster.

You’re also out of luck if you were hoping to buy the original version on Steam and then benefit from the half-price discount on Rome Remastered – that version (as well as the Collection version) is now unavailable on Steam as a separate purchase.

As for system requirements, here’s what you’ll need:

To use the free enhanced graphics pack, you’ll need Windows 10 updated to at least version 1809 and an additional 30GB of hard disk space – the other system specs are unchanged.

You can also see if your PC is up to scratch over at the System Requirements Lab.

Creative Assembly says it has no plans for remasters of other classic Total War titles at the moment, so if you’re holding out for a spiffed up version of Medieval, you may be in for quite the wait.