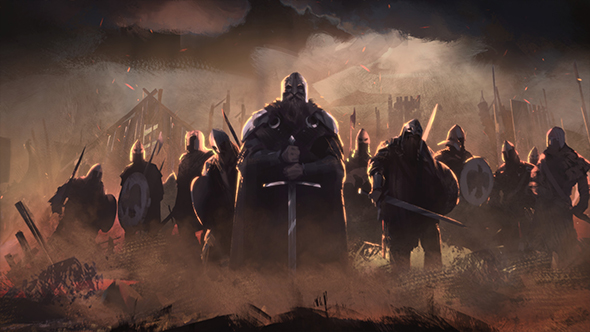 Total War Saga was pitched from the start as a more concise take on historical strategy, moving from a grand scale to a more focused take on “flashpoint” moments in the past. The brand’s debut with Thrones of Britannia was fairly successful on its own merits, but long-time Total War fans have had some serious issues with the game’s ease and lack of depth.

Game director Jack Lusted – yes, I’m sure he’s heard the joke before – addresses those complaints in a new update discussing the future for Thrones of Britannia. “Every change we made in Thrones was considered, debated and agonised over but ultimately, it’s your opinions that count,” Lusted says, “and we know that the game is currently not pleasing everyone as much as it should.”

An update will gointo public beta on May 15. This will have some UI and bug fixes, but will largely be focused on improving the difficulty and offering more of a challenge to players. We don’t know the full contents of the patch, but a few things have been confirmed.

Lusted says “another theme that keeps coming up in feedback and reviews is a little less straightforward. It’s the notion that Thrones has cut features or ‘streamlined’ aspects that you’ve enjoyed in previous Total War games.”

He says the intention with Saga was to offer the same depth expected of traditional Total War but with a “consolidated focus.” However, Lusted says “reading the feedback in reviews and on social media so far, it seems that what we’ve added and changed is not delivering that depth of experience and absorption for some.”

The team’s still looking into how to address those more fundamental complaints but the culture and faction mechanics are particular areas of interest. Not everything from Attila will return, “but we will be looking at where we can create more depth and opportunity for mastery, whilst not throwing away all the good stuff that you might otherwise be really enjoying in Thrones.”