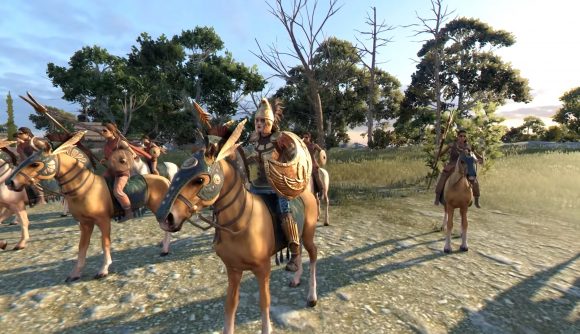 A Total War Saga: Troy is getting a new expansion next month, as well as a major free update to mark the Total War game’s Steam release. The premium add-on will add a new game mode called Mythos, which doubles down on the game’s mythological elements by throwing in Total Warhammer-style monsters and units.

The free update additionally introduces a third new mode – Historical – which is very similar to Total War: Three Kingdoms’ Records mode. The main thrust of this new offering is giving every hero a bodyguard, much like in Three Kingdoms. Further to this, the development team has also had to look at each hero ability and either change or replace them, to remove the ‘fantasy’ elements that teased the base game’s ‘Truth behind the Myth’ setting.

“It’s been a process of defining which are reasonable to have as an ability of a larger unit like this,” the developer update on the Total War blog reads, “and which are simply too fantastical to be historically authentic. This has impacted every hero across every faction, and basically means a complete rebalance of all our most powerful units for use in Historical mode.”

You can get a more complete overview of the changes in this video: 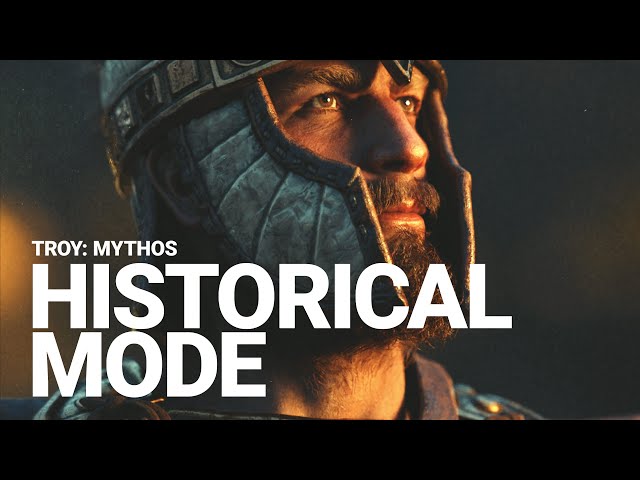 Various event chains and event rewards have also been changed as part of the historical mode. The free update also overhauls the game’s logistics systems, replacing supply lines with an Administration mechanic. As your empire grows and you recruit better units or heroes to your armies, your administration bar will increase.

This bar is split into tiers and higher levels come with harsher penalties, but also rewards and buffs as well. The aim of this to better simulate the beneficial but also unwieldy nature of large Bronze Age empires.

These are just the highlights of the historical mode – the full list of changes coming in the update will be revealed when the patch notes drop closer to launch. As a reminder, if you already own the game on the Epic Games Store, you may want to be careful about purchasing any of the bundles.

A Total War Saga: Troy: Mythos, the free patch, and the Steam version will launch on September 2, 2021.