The very angry boy Menelaus probably edges his megalomaniac brother Agamemnon for the easiest ‘beginner’ faction. Neither of them have any downside in their campaign mechanics or their battle playstyle, but there’s some nuance required in using Agamemnon correctly whereas everything about Menelaus is simple, straightforward, and strong.

Menelaus is the only leader who can use Total War’s traditional global recruitment pool, giving him access to his best units from anywhere in the world in exchange for waiting a little longer and paying a little more to recruit them. On top of this, he can get his allies’ best units too – an amazing advantage if you’re buddies with, say, Achilles, who has the most and some of the best elite units in the game.

As ever in Total War, be wary about making alliances indiscriminately: if a defensive ally is attacked, you have to go to war against their aggressor, and if a military ally attacks someone else, you’re obligated to join them. If you decline, breaking the terms of the alliance, everyone will know you can’t be trusted. This makes it harder to agree deals in the future, and that’s especially bad in Troy given how important bartering is in the new multi-resource economy. Call to Arms gives Menelaus a better reason than anyone else to forge alliances. Just be judicious when doing so.

The Spartan colonies mechanic enables you to settle any ruins that you can see without needing a local army, which is obviously amazing, but don’t forget it also enables you to settle ruins in the usual way without losing any men from said army. This means you can raze cities for their resources and then settle them on the very next turn without waiting ages for your forces to replenish, so Menelaus can rampage through enemy territory without losing any momentum. Remember also that military allies give you their line of sight, so the ability to remote-settle means you can watch Achilles go around burning down cities and then nab them yourself before anyone else without even needing to be there. Seriously, Menelaus can be stupidly strong, and he’s simple and fun to play. Recommended.

Menelaus starts in Lacedaemon on the southeast coast of Greece. Taking out the Spartan rebels on your first turn is simple, and you should be able to colonise Etis on your next. Tiryns is the real obstacle: fill your army up to 12 or 15 units as soon as you can and then move on his island. If you’re quick you should be able to unify Lacedaemon by turn five or six or so. Assuming you do this, you can make a play for Crete. You’ll notice that you can remote-settle both Lappa and Kissamos on your first turn, but you don’t have enough wood to do both. That’s nonetheless what you should aim for, as Aptera will settle whichever you neglect. 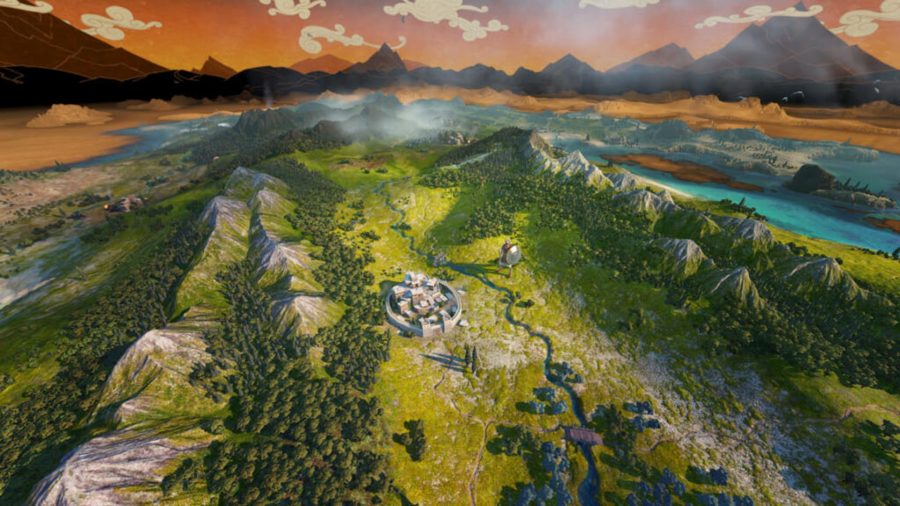 Give Achilles a call – the generous fellow should give you about 500 wood for free, enabling you to nab both cities before the locals. Aptera will declare war on you eventually to take the neighbouring settlements you’ve just nicked, but you can lock them into a non-aggression pact on the first turn, which will delay them a bit. This is why you need to take Tiryns quickly, sail to Crete, and use global recruitment to build up an army to knock out Aptera and unify Madares, the province on the west of the island. If you can pull all this off before turn 20 or so – which is eminently possible – you’ve made an excellent start. 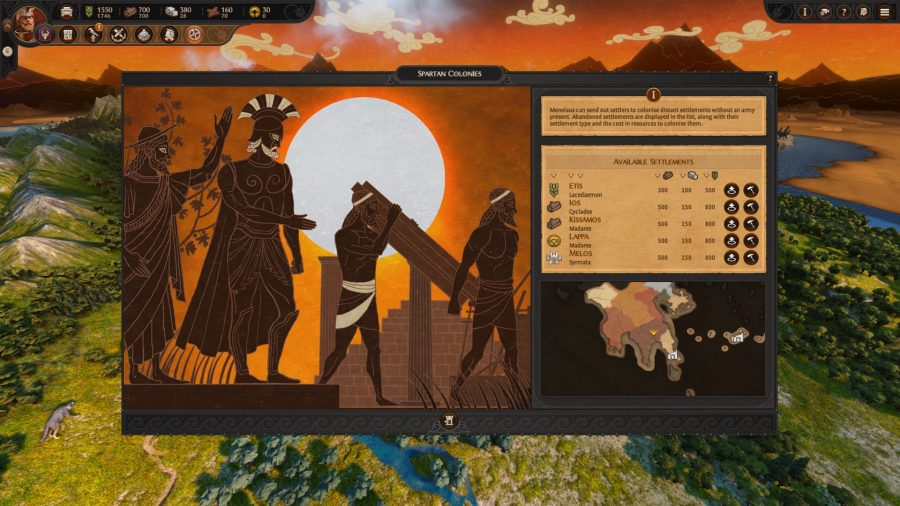 You can remote-colonise any razed/ruined settlement that you’ve discovered or can see on the map without sending an army there to do it manually. But if an army does march up to a settlement and colonise it as usual, there is no cost associated.

Together these two mechanics give you a pretty clear incentive to make lots of allies, as you’ll be able to see what they see, giving plenty of targets for remote settling – and you get their units in your recruitment pool. Sparta is a conventional but v powerful faction. 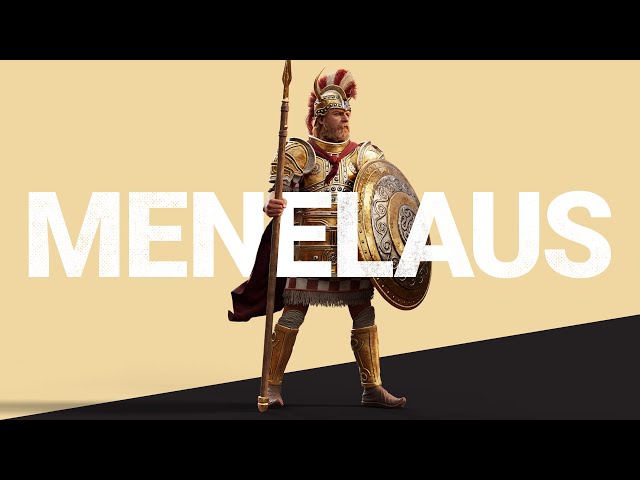 Now you’re ready to chase glorious victory as Menelaus in Total War: Troy – but the game has plenty of other tales to tell, as we explain in our Total War Saga: Troy review. To help you in your future endeavours, see our Sarpedon guide, Hector guide, Paris guide, Agamemnon guide, Aeneas guide, Achilles guide, and Odysseus guide.