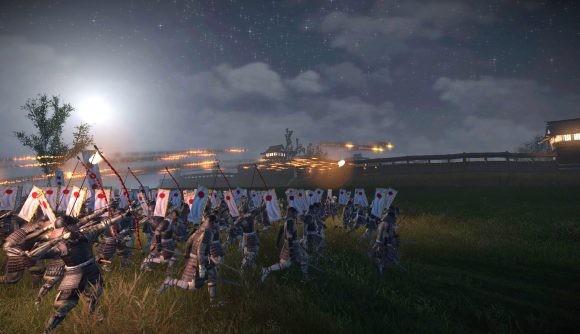 The distant past of 2011 marked the start of a new beginning for Total War games as it was the year we were treated to the release of Shogun 2: Total War (as it was known at the time). Focusing on feudal Japan during the Sengoku period, it was the sequel to the iconic game that started the whole series, and it also represented a much needed return to form after the rocky periods of Empire & Napoleon: Total War before it.

Ok, technically it’s an old map – the Battle of Kawagoe was a bonus scenario anyone who pre-ordered the game via GameStop was given as an incentive back in 2011. It depicts a battle fought at the end of the Siege of Kawagoe Castle, which took place in 1546-46. The Hojo clan launched a successful night time counterattack against the besieging Uesugi clan, timing their attack with the arrival of reinforcements.

As part of SEGA’s general 60th anniversary celebrations (which runs until October 19), Creative Assembly has decided to officially make this map playable to everyone. Before now, you could only play the battle via mods which unlocked it – like this one – but now it will be available for free to all, mods or no. 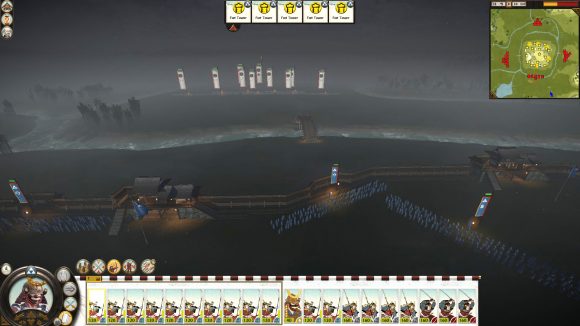 That user base, as it happens, was increased dramatically earlier in April this year when 4.8 million extra people claimed the game for free over a four day period. This was when Creative Assembly ran its’ ‘Stay Home, Save Lives’ campaign at the start of the coronavirus pandemic, which also involved discounts on other Total War games.

The Battle of Kawagoe map is available right now, but you need to grab it from its own Steam page. Creative Assembly has specifically credited community member ‘Roker222’ for suggesting the idea.