It’s nighttime somewhere in second-century China, and an army marches through a suspiciously quiet forest. Sun Ren, daughter of Sun Jian, the ‘Tiger of Jiangdong’, voices her unease via the unfortunate cliche “it’s quiet… too quiet.” As if on cue, a fleet of Chinese lanterns is released from the treeline, lighting the surrounding hills like amber fireflies, followed by a hail of flaming arrows – we're ambushed, betrayed by our supposed ally, the devious Cao Cao.

My return volley sets the forest in which my attackers were hiding ablaze. The contrast of the amber flames with the inky blue of the night is stark and striking. The brilliant moon is reflected in the water of a stream, glinting as if alive. Colours are vivid, electric. Total War: Three Kingdoms is gorgeous.

The recently released flyover of the campaign map suggests it’ll look just as good when the scrapping is done: China’s rivers run like liquid gold beneath the setting sun – a sight made possible thanks to a new day/night cycle – and cities pop up from lush green plains beneath pastel-hued clouds. Mountains loom tall in three dimensions, and flavourful details – like civilian traders carting their wares across the map – add a sense of life. It’s like Total War: Warhammer with the saturation cranked up, and may look even better.

But let’s not get carried away – we haven’t yet had a chance to play at the campaign level yet – and return to the battle in the forest. It’s a nocturnal ambush featuring the two children of Sun Jian, one of 11 faction leaders in Total War: Three Kingdoms, and the star of the latest trailer. I turn my infantry and spears to meet my ambushers, while trying (and only partially succeeding) to pull my spear-and-bow infantry back to do a bit of shooting. My cavalry, led by Sun Ren, circles behind my hapless foe and delivers a couple of decisive rear charges. 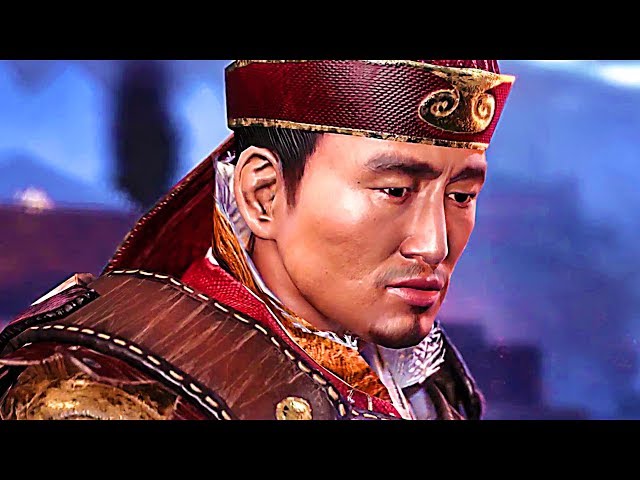 So far this is all very familiar, with only one notable change from past Total Wars: ambush battles now have an extraction zone, through which you can send units directly back to the campaign. This opens up a few options: you might want to pin down the enemy with a few sacrificial units so the rest of your army can get away, which might preserve more of it than if you stand and fight.

Naturally, Warhammer’s line-breaking monsters, highly mobile flyers, and manipulative magic are all gone, and conspicuous in their absence. The focus is squarely back on correctly organising a defensive line and managing your formations, especially with the spear-and-bow infantry. I had to defend against several waves of ambushers, positioning my army around the terrain to respond to new threats, and the three battles I played (one on hard) took an average of 15 minutes each – a fair bit longer than Warhammer’s fast-paced engagements.

It's like a soap opera, but everyone's got a spear

There’s one significant, and divisive, retention, however: as in the Romance of The Three Kingdoms novel – one of developer Creative Assembly’s primary sources – your characters are capable of superhuman feats. CA has been open about this from the announcement to, at best, mixed reception from series purists.

I wouldn’t worry. Characters are not gods capable of anything – at least, not in the build I played. Sun Jian’s daughter, Sun Ren, is a Vanguard, meaning it’s her job to be the first into combat and make a nuisance of herself. I pick out an enemy Commander, and soften him up with the Vanguard’s Heartseeker ability – a special bow attack that does huge single-target damage. I then challenge him to a duel, which Sun Ren wins after a stretch of badass wushu combat animations. It takes long enough that the effect of this tactic is not instantaneous, and I’m without my best warrior for a while, but the payoff is worth it. Not only does this deprive the enemy of the Commander’s larger leadership aura and useful buff abilities, it also triggers a morale shock that’s especially pronounced on his retinue (a set of units specifically attached to him), who immediately start running. 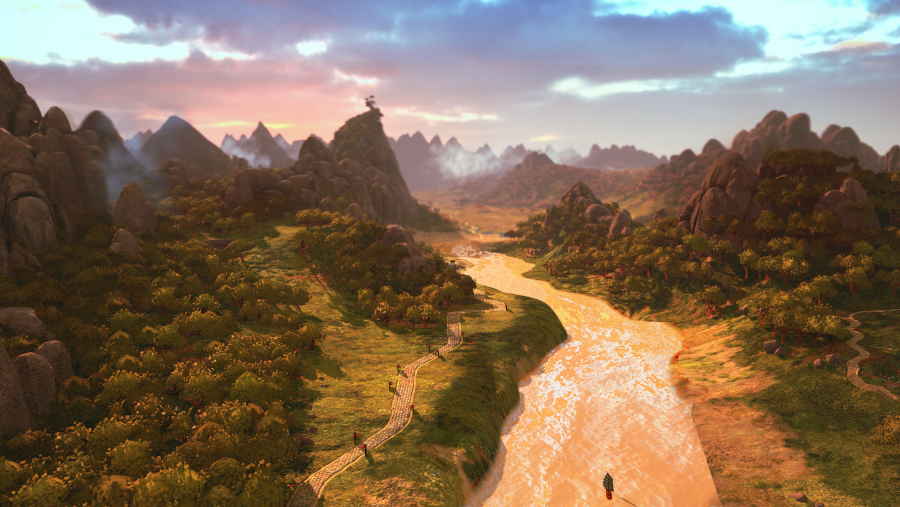 And yet, in another battle, I managed to get Sun Ren killed after asking her to bite off more than even a Vanguard could swallow. She and her brother, Sun Quan (a Commander) had only two abilities each, meaning they fit well within their roles, and though their repertoire is likely to develop during the game, I don’t get the impression that they’ll become omnipotent. If the other three character classes are similarly specialised, they could add a lot of tactical depth without becoming a win button.

Besides humanising characters in battle, Classic mode will also remove certain campaign events that have been inspired by the Romance of The Three Kingdoms novel. They'll be replaced by historical events, so even the narrative will strive for realism.

If you do insist on historical accuracy then there’s always ‘Classic’ mode. I didn’t get to use this, but CA tells me it’ll make your characters behave more like generals in prior Total War games. Their abilities are removed, their lethality is reduced, and their fragility is increased. They’ll get a bodyguard, as in previous games, but you’ll want to hold them back to
finish off sure-win fights rather than use them in the front line.

One more thing: characters have banter. This goes a few steps beyond the much-loved generals’ speeches: Sun Ren and Sun Quan will mock their opponents and exchange affectionate siblings’ barbs before and during a battle. CA really is leaving no avenue unexplored in positioning characters at the centre of events. It’s like a soap opera, only everyone’s got a spear.

But what I’m most excited to see in Total War: Three Kingdoms is not found in the battles. Everything we know so far suggests the most interesting changes are at the campaign level. Not only the chance to poke around the apparently gorgeous map, but the guanxi system of social networks, the way it intersects with espionage, the way it ought to provide dozens more emergent stories of the kind you relate to friends after a lengthy Total War session – that is what really has me thirsty to see more. As beautiful as the battles look, Cao Cao’s siege at E3 and Sun Ren’s ambush at Gamescom both leave me thinking ‘good start, but…’.