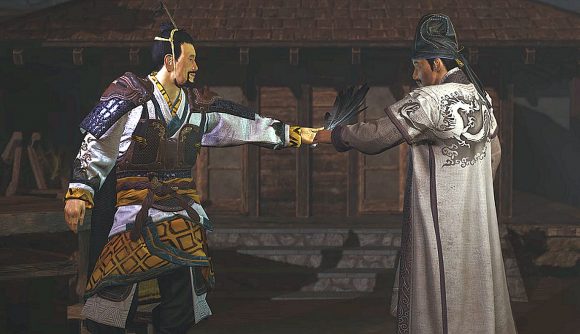 If you didn’t know this trailer was for Total War: Three Kingdoms, you’d probably think it was for an RPG. Focusing on the legendary hero Zhuge Liang and his search for a master worthy of his service, it’s an awe-inspiring look at the scenery of ancient China, ripe for the conquering.

Total War: Three Kingdoms is less than two months away and developer Creative Assembly has been dropping trailers like Lu Bu drops fools in battle. Most of them focus on the famous personalities that make this period so colourful – in this case, Zhuge Liang was a noted military strategist, politician, and all-round polymath, who served several masters as he sought one compatible with his strong Confucian/Legalist philosophy.

But personalities aside, this trailer, more than any other we’ve seen for a Total War game yet, blurs the line between the in-game campaign map and the distinctive in-engine cinematics we’re used to seeing from developer Creative Assembly. It almost looks as though a camera unlocking mod could enable us to zoom right up to China’s mountains and jungles and achieve some of the shots in the trailer. To be realistic that’s probably too much to hope for, but just the fact that it almost looks possible is pretty thrilling.

The Total War: Three Kingdoms release date is March 7. For everything else we know about the game so far, including factions, gameplay innovations and plenty more, hit that link.