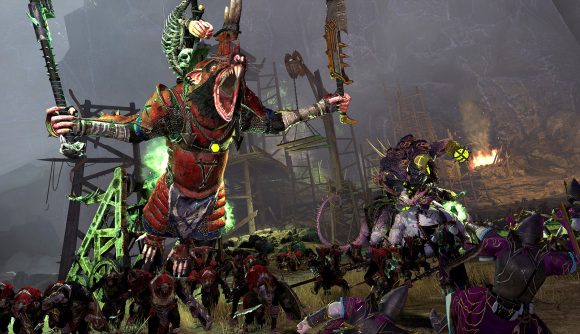 Total War: Warhammer 3 looks cool, but one of the interesting features of the original Total Warhammer game was that it had an end-game crisis where multiple hordes of Chaos Warriors would invade the map. Led by Archaon the Everchosen, this late-game event is partly inspired by the infamous ‘End Times’ storyline that finished off the Warhammer Fantasy tabletop game, though the ‘chaos invasion’ isn’t actually meant to be a direct imitation.

This crisis also features in the ‘Mortal Empires’ grand campaign mode that owners of both Total Warhammer games can access, although Total War: Warhammer 2’s central story arc doesn’t feature a similar end-game event. Factions in the second game's campaign either focus on controlling the ‘Great Vortex’ or have their own self-contained quest line to follow.

Now, though, you can introduce your own big end-game invasions with the help of the recently released Warhammer 2 mod End Game Crises – Beyond the Chaos Invasion. It’s currently in beta, but it offers four different crises that can trigger towards the late-game. Its design is inspired by Stellaris – which also features a diverse set of end-game crises – where one is randomly chosen when you start a game.

It also borrows from the design of the chaos invasion from the first game to make sure it integrates with Warhammer 2 as neatly as possible. 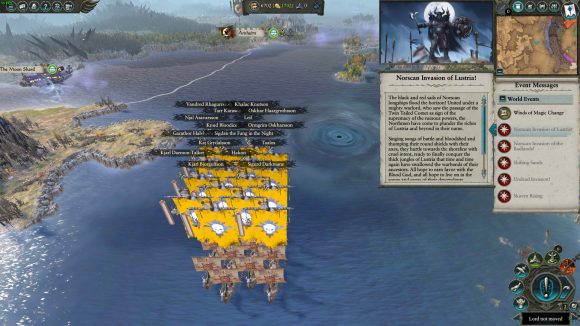 The four (lore-friendly) crises currently in the mod are:

There are plans to add more, and there are a few mid-game crisis events as well. You can get more than one crisis per game (each one has a 50% chance of spawning, and the mod is coded so that you always get at least one), and you’ll find out which one(s) between turns 15-20. Depending on what you pull, they’ll trigger between turns 120-160.

This is largely a script-based affair, so it should work with most other Warhammer 2 mods, and it’s also compatible with mods that target the Chaos faction specifically as those script files aren’t touched. At the time of writing, the author is unsure if it will work with some of the more popular overhaul mods such as SFO.

This should hopefully help tide you over until the release of Total War: Warhammer 3, which is due for release later this year.